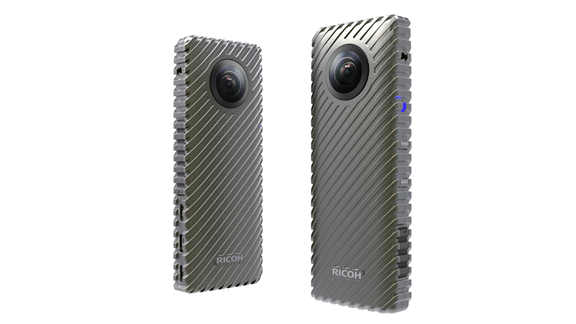 At CES this week, Ricoh has on display a new spherical camera capable of streaming live spherical video continuously for up to 24 hours at a time. Packaged as the Ricoh R Development Kit, Ricoh is leaving the door open for developers to create third-party applications for this unique camera.

Like Ricoh’s Theta series of spherical videos camera, the Ricoh R Development Kit uses two fish-eye lenses to capture a fully spherical image. The two video streams captured by the dual lenses are then stitched to the standard Equirectangular format in-camera in real-time — a first for the industry — resulting in full HD spherical video running at 30 fps.

The stitched video can be output to a computer or other device using either USB or HDMI. It can also be recorded to a microSD card. To achieve the impressive 24 continuous hours of stream time, the Ricoh R uses an AC power adapter.[image:blog_post:62834]

Ricoh foresees other applications in both personal and professional live streaming, computer vision, surveillance and telexistence — technology that enables individuals to experience another place in real-time.

The Ricoh R Development Kit, still in the prototype phase, will be on display in the Ricoh booth at CES this week. It is expected to become available in spring 2017.