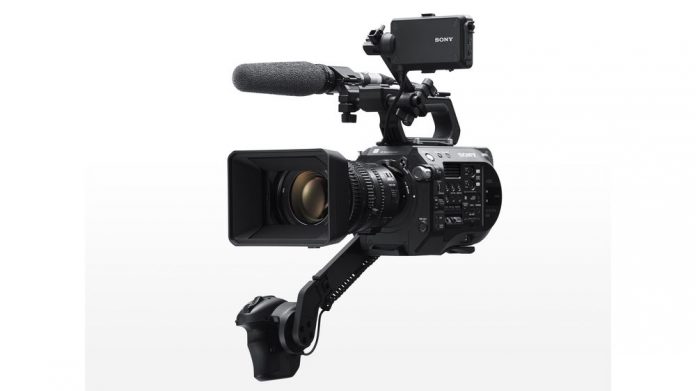 Sony Professional announced today their newest addition to the FS series with the FS7 II, along with a new E-mount 18-110 f/4 lens. The FS7 II comes with the new electronic variable ND filter, much like the one on the FS5, along with a new robust lever lock type E-mount system to protect against accidental lens drops and to alleviate the need for more support when the lens is heavy or when lens adapters are used.
There are a few changes to the physical body of the camera with a newly refined mechanical design offering an expanded 10 programmable buttons, and the camera can now support Sony’s ? Mount System Camera, allowing the user have access to more than 70 compatible lenses.
The FS7 II does not discontinue its predecessor the FS7 but rather offers a few more bells and whistles at a higher price point. [image:blog_post:62344]
The new E-mount servo zoom 18-110 f/4 will cover a Super 35mm or APS-C sensor, but because of that comes with a more affordable price point. Coming in at 2.4lbs and offering a 6x zoom, the fully mechanical servo zoom offers no focus breathing and is devoid of lag when operated manually.
The FS7 II has a planned release of January 2017 and can be purchased body only or with the 18-110mm power zoom lens as a kit, prices have not been released yet. For more information, visit pro.sony.com.