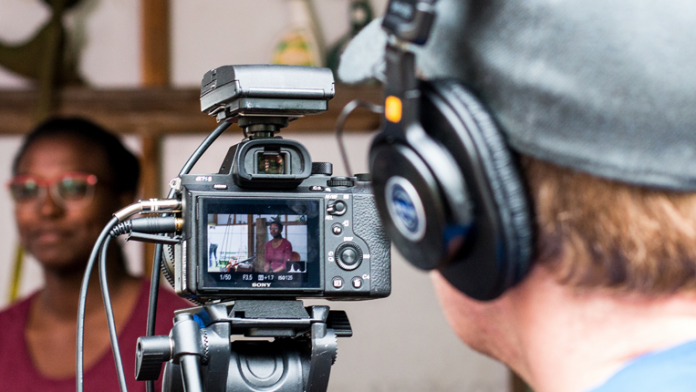 The American Institute of Architects (AIA) wants to know if filmmakers are up for the challenge of exploring the power of architecture. The “I Look Up Film Challenge” aims to shine a light on the unique and exciting design work that is being done throughout the country. Capturing the grandeur of architecture can be a positive force as it works to solve problems and create solutions as well as uplifting communities.

This marks the second annual “I Look Up Film Challenge,” with the videos being created having the ability to inspire viewers to “look up” and see beyond the usual. Video creators are tasked with making a 2 to 3 minute video to tell the important stories that need to be told and share their vision of what America could look like. Each video is to be created by a team, which can consist of one or any number of people. Open to filmmakers from across the United States, those participating in the Challenge will be eligible, should their film win, to have their film distributed at the Architecture & Design Film Festival in New York (September 28 – October 2); at the SXSW Eco Conference (October 10 -12); and at the Architecture & Design Film Festival in Los Angeles (November 16 – 20). There will also be a cash prize of $2,500.00 for the Grand Prize Winner and also the same amount for the Public Choice Award Winner.  In addition to the winning films, all submitted films will have the opportunity for distribution via AIA channels.

The “I Look Up Film Challenge” kicked off with a documentary on Auburn University’s design-build program. Known as Rural Studio: A Story of Solutions, it documents, through a series of interviews, the team’s design process from the beginning with early design discussions through the end of construction.  Specifically, it showed the impact made on the small town of Newbern, Alabama through the program’s design and the construction of a new library and fire station.

Last year’s winners included Grand Prize Winner, “My City Listens” filmed in downtown Los Angeles, which dealt with the interplay between personal identity and the city’s textures. Second Prize went to the “RED Office,” a film about a real estate development team based in San Diego. The film looked at a design-first approach to development and how it can lead to a business model in which the pursuit of a more livable city can be had through the incorporation of architecture.

Those interested in participating in this year’s “I Look Up Film Challenge” must first register and complete an application form, which can be found at http://www.ilookup.org/filmchallenge. The registration period closes on July 10, 2016, and films will be accepted until August 15, 2016 at 11:59:59 P.M. Pacific Daylight Time.

The “I Look Up Film Challenge” is part of a three-year campaign to promote public awareness in the architecture profession. As put forth by the AIA, buildings are more than just stone and concrete and this is an opportunity for looking past the obvious to create astounding documentaries that can awe and inspire. So what are you waiting for — stop looking around and start looking up!