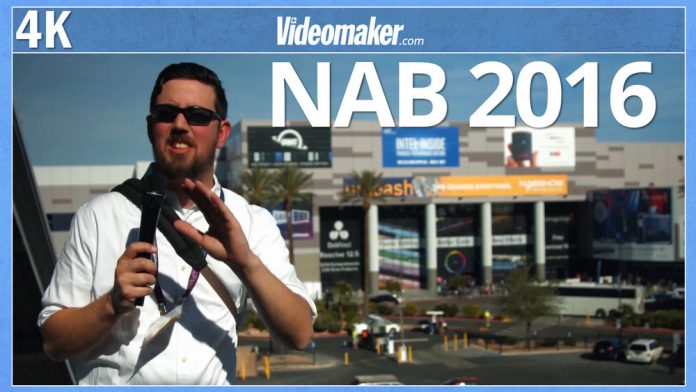 Every April, Videomaker heads to Las Vegas for the annual NAB Show. Though surprisingly few cameras were released this year, we still had a great time checking out new releases from major brands and discovering hidden gems on the show floor.
Like every year, we saw tons of awesome new products but could only share a handful of the things that got us excited. We've compiled some of the highlights here.
Get a glimspe into the hectic world that is NAB:
We got an exclusive chance to try out Canon's new Compact-Servo Lens:
See what's new from DJI, including the award-winning Matrice 600:
edelkrone takes home an award for the JibPLUS:
GoPro's Omni won for Best 360-degree Video Rig:
Kino Flo wins Best Light of NAB 2016:
Blackmagic Design gives us new monitoring and recording tools:
Check out the Video Devices PIX-E7:
Senneiser's MKE 440 definitely turned some heads:
JVC announced the GY-HM660 camcorder:
Miller demos the Compass 23 Fluid Head:
Convergent Design shows off the Apollo recorder and switcher:
Thanks for tuning in for our NAB 2016 coverage! Keep up with all of our video production news at videomaker.com/videonews.