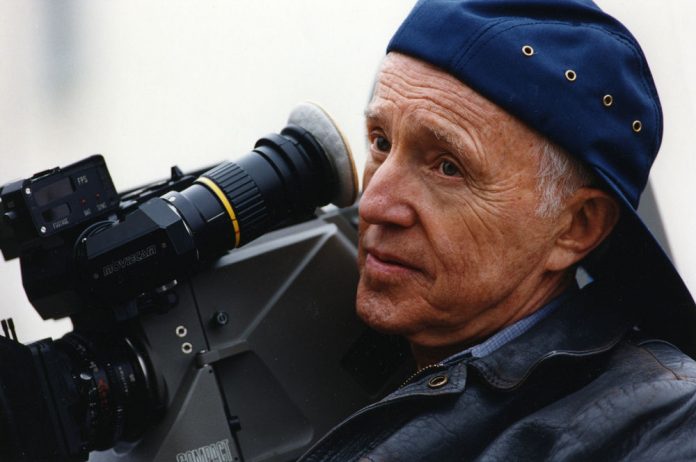 The passing of the highly honored cinematographer Haskell Wexler also marks the passing of a Hollywood era. Born in Chicago, he left the University of California, Berkeley to enlist in the Merchant Marine as the U.S. was about to enter WWII; returning to Chicago afterwards to makes films for the United Electrical Workers Union. He moved to Hollywood in 1960 and began his 60 year career by making his feature debut with America, America, Elia Kazans immigrant drama in 1963.

Many of the films that Wexler photographed in the 1970s and 80s reflected his liberal activist point of view: there was the anti-war classic “Coming Home,” “Heat of the Night” and its racial overtones, and the Oscar-winning “One Flew Over the Cuckoos Nest.” There was also documentaries such as “The Bus” (about Freedom Riders and integration in the South) and “Latino” which focused on Americas Nicaragua policy, among others.

Wexler employed techniques that brought him to the attention of both his peers and the general public. Its not every cinematographer who gets his own star on the Hollywood Walk of Fame. He filmed in a cinema verite fashion for “Medium Cool,” covering the unrest between police and protesters at the 1968 Democratic National Convention, while for his Oscar win for best black and white cinematography in “Whos Afraid of Virginia Woolf,” he captured the tension between Elizabeth Taylor and Richard Burton using hand-held cameras. He hosed down the streets to create a dramatic, moody style when serving as the Visual Consultant for George Lucas “American Graffiti,” and helped to create a hazy, dreamlike atmosphere for Terence Malicks “Day of Heaven.”

Wexler passed away peacefully in his sleep, according to son Jeff Wexler, who is also serves the movie industry as an Oscar-nominated sound man. Wexler is also survived by a wife and daughter.