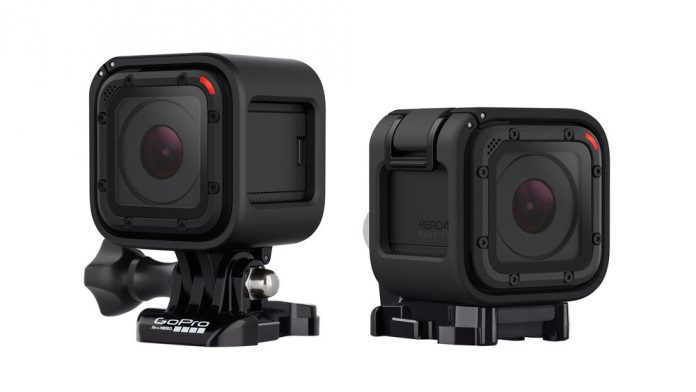 GoPro today announced the impending arrival of their smallest, lightest camera to date, the HERO4 Session. In their first design departure to date, GoPro is releasing a waterproof cube, capable of one button operation and shedding the need for an external housing.

With so much competition in the action camera space, GoPro has adapted to create something that is smaller and more versatile than previous GoPro models. To start, the HERO4 Session is a cube, and can therefore rotate in any mount made for the camera, freeing up the shooter to get angles not previously possible.

For the first time in a GoPro, the HERO4 Session doesn’t require an outer housing to plunge into the inky depths. The HERO4 Session is waterproof to 33’ (10m). This sealed housing also means great things for durability across the board.

With great size comes great responsibility, and the HERO4 Session is up for the challenge. With video capture up to 1080 60p, ProTune for Video, SuperView wide angle shooting, loop recording, bluetooth connectivity, 8MP still shooting, burst mode and time-lapse mode, this little beast is most definitely a real GoPro.

Being a real GoPro means taking the bad with the good, and the already-tight readout of a HERO4 is now crunched down to be pretty darn tiny. Fortunately, like other GoPros, the HERO4 Session works with the GoPro App, and the optional GoPro remote.

New to GoPros are the HERO4 Session’s dual microphone system, which dynamically switches between microphones for reduced wind nice and enhanced audio in high speed or windy environments.

There are also a bevy of new mounts to free up the creativity even more, including a positively game changing ball joint mount.