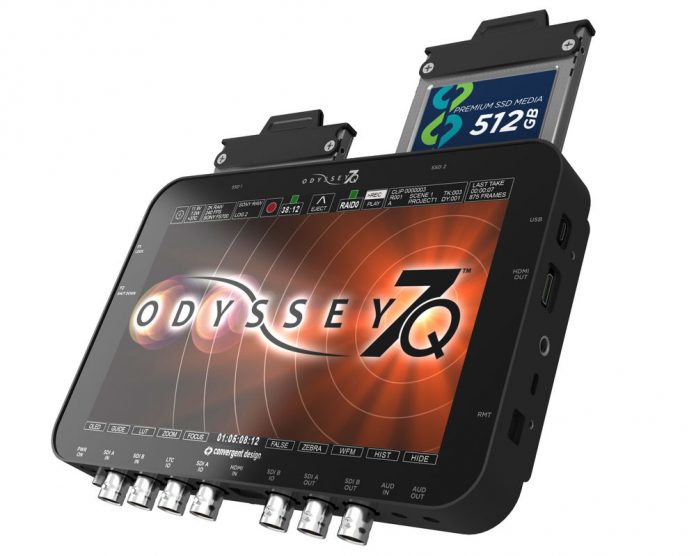 Convergent Design has announced a significant firmware update for their Odyssey lineup of monitor/recorders. The update, for the Odyssey7, the Odyssey7Q, and the Odyssey7Q+, includes updated third party SSD support, camera-specific LUTs, fixes, improvements and much more.

As of now, only Samsung and Convergent Design SSDs are supported, but we hope to see expanded support for third party drives in the near future.

Combination S-Log to REC709 and exposure compensation for re-rating FS7 and FS700 cameras to 1000 ISO (1 stop over) or 500 ISO (2 stops over).  Reduces noise and increases apparent bit depth.

The update is available now from https://www.convergent-design.com/support/firmware-downloads.html

To learn more about Odyssey Monitor/Recorders, check out the videos below: