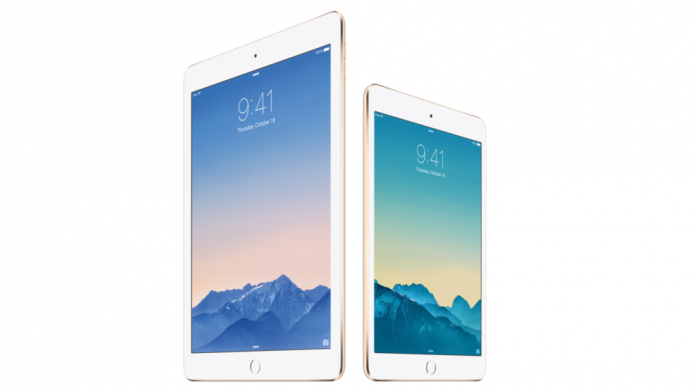 With Apple’s big announcement day coming up next Monday (10am PST), those waiting for news of a larger iPad might want to sit this one out. Word on the street is that Apple has delayed production of a 12.9” iPad until September.

Bloomberg has reported that production of the large tablet is “now scheduled to start around September because of delays involving the supply of display panels.” Sources state Apple previously planned to start production in the first quarter of 2015.

While this doesn’t preclude the possibility of Tim Cook’s team announcing the upcoming device, the likelihood of an announcement is less likely. The delay is likely a sore spot for Apple, as their iPad sales haven’t matched the growth of iPhone and Mac sales. They have been down year-to-year for the last four quarters and dropped 22% in their December quarter. A larger device could have also helped bolster adoption of new partnered services such as the potential launch partnership with HBO for their standalone HBO Now service.

Apple TV, however, will still stand to benefit from that one.

The larger iPad model is expected to be aimed at creative professionals and enterprise clients, and the rumor mill has been swirling about the idea of a stylus accessory. Recent partnerships with IBM and various indie developers have indicated a push toward the creation of enterprise-focused iOS apps. This past Monday, IBM announced they were expanding their IBM MobileFirst for iOS portfolio to address the banking and financial services space, as well as airline and retail industries.

The idea of a larger tablet is not a new one, with other tablet manufacturers making the leap in size years ago. Microsoft’s Surface Pro 3, for instance, has enjoyed a partnership with Adobe to create brilliant touch-enabled versions of Photoshop and Illustrator, benefitting hugely from the SP3’s full desktop operating system. That same full OS means that, at least for light duty work, editors and motion graphic designers can use a tablet with real software to create content without using a less capable app on a mobile OS. Combine the addition of a very capable digitized stylus, and the Surface Pro 3 diminishes the need for external input tablets as well.[image:blog_post:56042]

Will Apple’s iPad be too little, too late? Not very likely, considering their strong history of market adoption, even when playing catch up. Somehow, the folks at Cupertino sprinkle each new item with “I want it” dust before release. Case in point will be Monday’s big announcement about the availability of the Apple Watch, a device that continues to be stripped of capabilities to try to enhance the huge problems the device has faced with regard to battery life.[image:blog_post:56043]

While there is still no talk of an iPad pro, a tablet running a full version of OS X, apps have come a long way. Offerings from AVID and Adobe have surfaced and are pushing the limits of what is possible, from a mobile editing front. Tools for titles and special effects, legit editing options, and integration with the device camera and data connection for capture and sharing make iPads handy and relatively powerful tools in the field.

The extra space and battery life possible in a larger tablet also could spell good things for mobile shooters. A delay might mean a better camera, more storage (a slot for external storage, please, Apple), and more time for niche manufacturers to prep devices like the iOgrapher and iPad teleprompter for the tablet launch.

What it all means is that we’ll have to wait and see what Monday brings, but those of us hoping to be playing Angry Birds on a 12.9” Retina display will have to continue to use our 10” and 8” iPads.