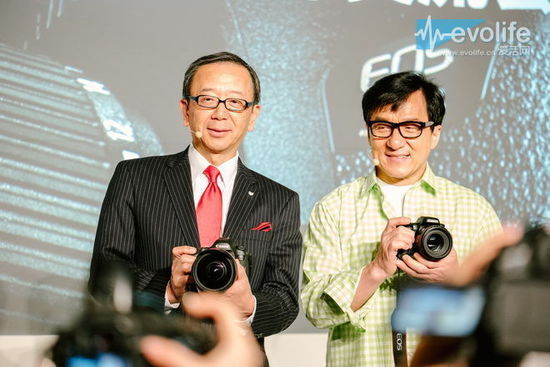 Rumors have been swirling for weeks about new 4K Canon cameras, and now, with NAB 2015 just a couple of weeks away, an interesting article surfaced on Photo Rumors featuring the Canon China President & CEO Hideki Ozawa showing off what appears to be a fixed lens 4K Canon camera.

The photos depict Ozawa holding up the camera in front of a presentation describing the camera, and, at one point, Jackie Chan jumping on stage to grab the camera.

The site managed to get a few more details about the camera:

Check out the photos below to see why Jackie and Hideki are so excited.