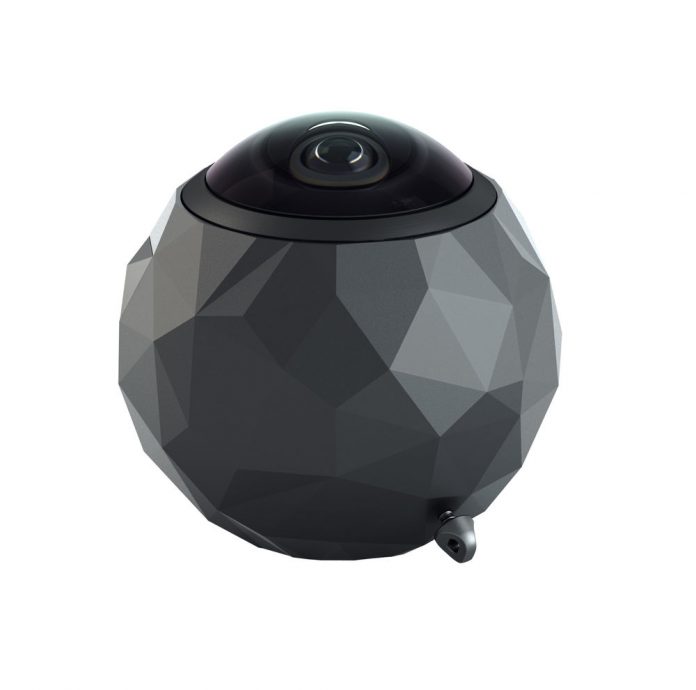 Action junkies outdo things all the time. They outrun cheetahs, they out-spacedive the last person to do it, and they even out-action their action camera’s 170-ish degree field of view. For them, there is a solution – the 360fly.

360 cameras are prepping to flood the market, but the 360fly looks ready for primetime.

While this might sound pretty cool on it’s own, it gets even more extreme.

It can also transfer files to a mobile device via WiFi and ships with a tilt mount, power cradle and integrated USB port.

So here’s the important question – how the heck would somebody edit together 360-degree video?

Luckily, the 360fly folks have developed an iOS 8 or Android 4.3+ app that connects to the camera via Bluetooth for use as a video viewfinder and remote control, and the app allows editors to swipe across video footage to choose desired angles for their edits or to just interact with the footage. No more stitching panoramic clips together. http://vimeo.com/84438881

Of course, since the entire 360-degree range is covered, the options for shooting creatively increase dramatically beyond just simple sports shoots. Drop one in the center of a poker match and capture the entire table at the same time. Maybe wear one directly on top a helmet and become a human Google Maps car.

The possibilities seem endless, and should be realized and/or proven out when the 360fly becomes available for an anticipated $499 in the spring of 2015.

Here are some additional specs for the 360fly:

Waterproof  –  Up to 5 ATM. No external case / housing required