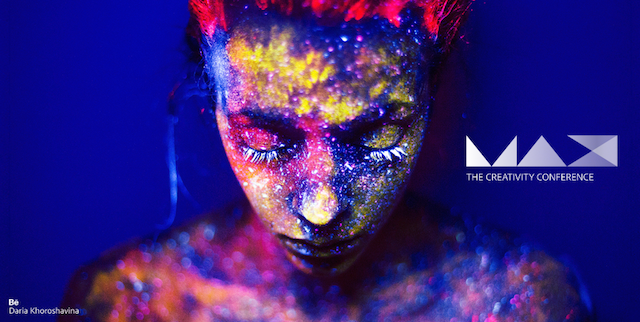 Adobe’s annual conference, Adobe MAX, always brings about a raft of new features for their Creative Cloud offerings, along with some sneak peeks of things to come. This year is no different. In advance of the opening day keynote, Adobe has made the new versions of their software as well as new mobile apps available to CC subscribers.

Over the Monday and Tuesday town hall-style meetups, the focus of each keynote usually covers a certain area of focus, Without having seen today’s it’s tough to say what the focus will be, but it appears that Adobe’s mobile offerings will be covered, as well as Creative Profile – an update to the limited capability profile Creative Cloud users had already.

In addition to the ability to access and store data online a la Dropbox, the Creative Profile now gives subscribers access to their files, photos, colors, brushes, shapes, fonts, text styles, graphics, and assets obtained from the Creative Cloud Market. The idea, is that all of these assets should always be available, as they make up an artist’s creative identity. As such, according to Adobe they “will be at your fingertips because your Creative Profile moves with you. It works across apps and across devices, giving you access to what you need, when you need it, and in the right context.”

In addition to the Creative Profile, the family of Adobe mobile apps has grown significantly. The rundown of apps, in Adobe's own words are as follows:

Illustrator Draw—An all-new app that reinvents the best of Adobe Ideas, letting you work with familiar tools and features in a modern, streamlined interface. Better syncing makes it easier to send drawings to Illustrator CC for refinement.

Illustrator Line—A major update to the app we first shipped in June; Line sketches can now be sent to Illustrator CC, enabling you to edit original vector paths, and more.

The Photoshop family of apps brings the power of Adobe digital imaging to mobile devices with the full compatibility of Photoshop and Lightroom:

Photoshop Mix—Now available for both iPhone and iPad, it includes amazing new technology with a cut-out option that automatically creates a selection for the primary element in an image.

Photoshop Sketch—Draw with new expressive brushes as well as custom brushes, and send sketch artwork to Photoshop as a PSD file, opening the door to deeper integration between Sketch and Photoshop CC.

The Premiere family now has a mobile app for video editing on the go:

We’re also really excited about a new family of mobile apps for capturing inspiration on the go and dropping them directly into your creative workflow:

Adobe Color CC (formerly Adobe Kuler)—Create color themes on your iPhone from the photos that inspired them.

Adobe Brush CC—Transform images on your iPhone and iPad into unique brushes for Photoshop CC, Illustrator CC or Photoshop Sketch.

Adobe Shape CC—Turn shapes and objects from high-contrast photos on your iPhone into editable vectors for use in Illustrator CC and Illustrator Draw.

Adobe is also announcing updates to their suite of desktop apps and services.

Creative Cloud Libraries—A powerful asset management service, connected to your Creative Profile, that facilitates a seamless workflow between our desktop and mobile apps. Save favorite colors, brushes, text styles, graphics, vector images, and content from Creative Cloud Market into one of your Libraries, and those creative assets will be available to you as you work across Photoshop CC, Illustrator CC, and our mobile apps.

Creative Cloud Extract—Simplifies the comp-to-code workflow by making it a snap to extract design information (like CSS, colors, gradients, measurements, and fonts) from a PSD file. Extract works right inside of Photoshop CC and Dreamweaver CC, or can be accessed in Creative Cloud Assets where your files are stored.

The Behance community has grown by leaps and bounds since joining the Adobe family, and now has over 4 million members with more than 20,000 new portfolio projects and “works in progress” published every day. The new Creative Talent Search from Behance connects creatives across the globe with job opportunities from top companies and major brands. Just one more great reason to join Behance if you haven’t yet.

The pace of innovation in Creative Cloud tools and services is growing fast. So the Creative Cloud Learn team has stepped up its game to keep you on top of your game. Hone your skills with hundreds of tutorials that cater to every experience level. The how-tos are viewable in your browser, on your iPad, and some are available inside your Creative Cloud desktop apps.

Consolidate & Transcode – Consolidate content by moving all relevant files in a project or sequence according to preferences you define. Render files into a single codec for passing on to other teams, systems, or archives — and retain the ability to edit the project again later.

Multi-project workflows – Browse media and sequences from other projects and import them directly in your current project. Edit or reuse existing clips, cuts, and transitions from previous projects. Browse other projects in as many Media Browser panels as you need.

GoPro CineForm intermediate codec support – Encode or decode your media to GoPro CineForm for efficient editing workflows with 4K and higher resolution content, and get support for smart rendering.

Refined user interface with HiDPI support – A simplified, modern UI puts the focus on your content and delivers a more consistent experience across devices, including HiDPI Windows 8.1 displays.

Source Monitor Timeline view – Open Source Monitor sequences in the Timeline so you can easily bring clips, effects, and cuts from other projects into your current project.

Render & Replace for After Effects comps – Accelerate playback of VFX-heavy sequences by rendering After Effects compositions into flattened video clips. Dynamic Link ensures that you can revert back to the original comps if needed.

Enhanced masking and tracking – Adjust mask feathering directly in the Program Monitor. Use the new free-draw Polygon Pen tool to create complex mask shapes around content and turn any mask control point into a Bezier control point with a single click.

Advanced search in Timeline – Find and select clips within a sequence based on specific criteria such as clip name or marker comment.

Improved Send to Audition workflow – Now when you send a clip to Adobe Audition for audio editing, the rendered copy is automatically stored alongside the original file on disk for easier media management.

On the After Effects front there are a number of cool new features as well. Here are Adobe’s updates:

Refreshed interface design – After Effects has a new darker design. You can change the brightness of the interface in Edit > Preferences > Appearance, though the slider range is more limited; you can no longer change the appearance of the user interface to a light mode.

There is some simplification to the panel functionality. The following changes have been made to the icons, panels, and buttons:

– The icon for the panel menu has been moved from the upper-right corner of the panel to the panel tab, making the panel menu easier to discover.
– The panel grabber and frame grabber icons have been removed; you can drag panels using the panel tab.
– The close button (x) has been removed from all panels except the Timeline, Composition, Layer, Footage, Effect Controls, and Flowchart, and Render panels. In these panels, the close button has moved to the left side of the panel tab. To close a panel without the close button, open the panel menu or right-click on the panel tab and choose Close Panel, or use the keyboard shortcut, Command+W  (Mac OS) or Ctrl+W (Windows).
– The panel tabs for the Composition, Layer, Footage, Effect Controls, and Flowchart panels have been updated. Clicking the blue text of the composition, layer, or footage name in the tab will display the viewer menu.
– The application's title bar now shows the full path to the project file.

Support for HiDPI display – The latest release of After Effects CC includes HiDPI support for both content viewers and user interface scaling. This inclusion makes After Effects easier to use on high pixel density monitors.

Support for native encoding and decoding of movies using GoPro CineForm codecs – After Effects, Premiere Pro, and Adobe Media Encoder can natively decode and encode QuickTime (.mov) files using the GoPro Cineform codecs on Mac OS and Windows. This means that you do not need to install additional codecs to use and create such files.

– The Anchor Point icon on selected layers has been enhanced for better contrast and visibility. The icon's hit area changes with the Path Point & Handle Size preference.

– While tracking masks that are applied to an effect, the mask mode now no longer changes to None. This preserves the appearance of the masked effect during tracking.

– Double-clicking a project in Finder or Explorer automatically closes the Welcome Screen dialog.

– Use the new Browse Add-ons… command in the File menu to open the Adobe Add-ons page (formerly Adobe Exchange) in your web browser.

Stay tuned to videomaker.com for any other major announcements out of Adobe MAX this week!