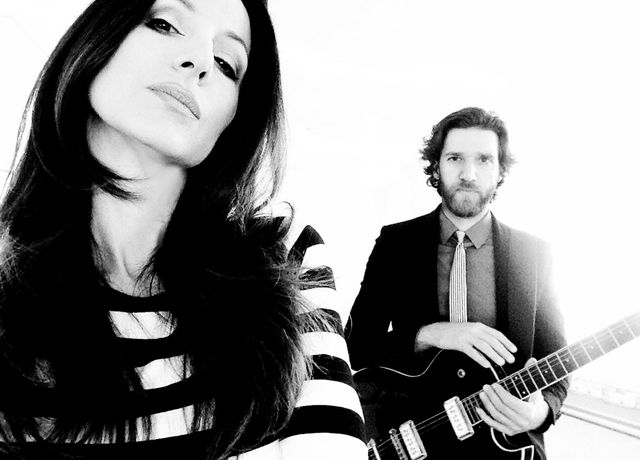 Among the early iPhone adopters were musicians. Along with filmmakers they quickly realised that when the iPhone 4 came on the market with its 5-megapixel camera and the facility to record HD video at 720p resolution and 30 frames per second with audio – they could actually make a stunning video on a next-to-nothing budget.

And it’s not just the struggling, unsigned bands and musicians who have started to make their own videos – plenty of big names on record labels have chosen to make their own videos and post them on YouTube, either because they enjoy the artistic freedom of the DIY approach or have become frustrated with their label not promoting their work. Sometimes it's both.

One of the first bands to discover the power of the iPhone was New York rockers Atomic Tom, who played live on the subway – on iPhones with each member using separate apps for piano, drums, guitar, bass, and even a microphone app for vocals. The video for their single, Take Me Out, was shot on an iPhone, of course, and it quickly went viral on YouTube with more than one million views. This prompted the band’s record company, Universal, to eventually release the song and get behind its act, but the fact is that if the band hadn’t shown initiative and utilised their iPhones, their career may well have stalled.

Canadian singer-songwriter Lindi Ortega is another artist who has shot her own videos on her cell phone in the past, despite having a record deal. For her video of the track Angels, off her first album, Little Red Boots, Ortega used an app from Nexvio to simulate 8mm footage as she walked around her native Toronto. After editing it herself she posted the video for Angels online – where it became an immediate hit.

“I’m using the modern technology but it’s an old-school effect,’” she said. Ortega continues to make her own videos, and it is all because the iPhone has become such a creative tool for artists.

Renee Faia is lead singer of The Mazarines, a LA-based pop duo, producing their music independently and gaining a substantial following, partly because of the band’s stylish black and white videos, which Renee directs and edits.

“I love shooting on the iPhone. It is quick and immediate and I love that I can be inconspicuous,” she says. “When we were in London and Sicily, I shot footage for Summer Wine. I knew I wanted images of Gregg walking the streets in London and I was able to shoot without anyone knowing what it was for. I am always on the look out for things that inspire me and having the iPhone makes it easy and accessible to get it before it's gone.”

Renee says that she made her first video for The Mazarines almost as an afterthought. “It happened when we were in the studio recording the ep. In between vocal takes I would start shooting pictures and video on my iPhone. “I had an idea of possibly editing them together for a video, but I had never made one before. At the end of the session, I had dozens of clips that I felt captured the experience of recording that particular song, which was, Back For you

“When I sat down to edit, it started falling into place – after many hours of experimenting. For Wishing, I had a complete concept in mind. The Mazarines are really a duo, myself and Gregg Stewart and since we both sing on that particular song, I wanted to create visuals that fit the mood of the song, which had to do with light/dark, male/female. I was still learning how to edit and it took much longer because I wanted to sync the vocals, which I had not done previously.

Renee uses iMovie to edit her videos, which she says can take from five to 10 hours to edit a 2-3 minute video. When filming she uses 8mm on the Noir setting and adds after effects for contrast in iMovie. “I started to really enjoy the whole process of shooting/directing and editing myself – it is very contained and I work very quickly and spontaneously once I start shooting.”

Have a concept, gather inspiration and don’t overthink anything – just shoot, is her advice to would-be music video creators.

Damon Albarn, former frontman of British band Blur is just one of the big names making DIY videos, only he has chosen an iPad to make a video for Lonely Press Play, his new single off his first solo album Everyday Robots. By using an iPad he was able to shoot guerrilla-style on his travels and use footage from Tokyo, London, Dallas, Utah, Iceland, his hometown of Colchester, England and Devon, England – and even managed to get some footage out of North Korea.

"I started at the beginning by going back to the neighborhood where I grew up and walking around and filming stuff with my iPad," he told Rolling Stone magazine. "It was like my own archaeological dig, cordoning off areas that I wanted to concentrate on."

*Check out more music videos made on the iPhone at this year’s submissions to the iPhone Film Festival.