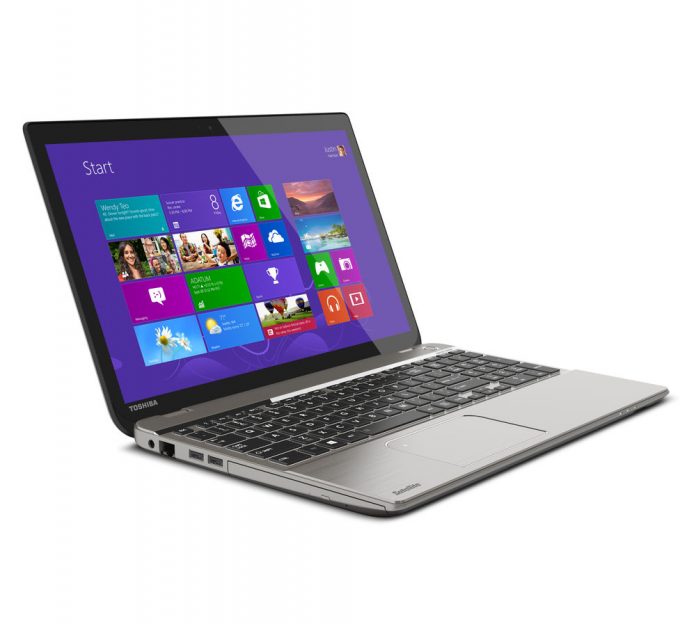 Toshiba Satellite P55t can output an HDMI signal with 4k content, the screen itself is 1920×1080 native resolution. It delivers 3840×2160 native video at 282ppi with accurate colors, and carries more that videographers, especially those with 4k content, will enjoy, like up to 1TB internal hard drive space, a memory card reader and 8GB DDR3 1600MHz memory. The fun part will be playing with the edge to edge touch screen glass.

Deep inside the Satellite P55t is the Intel Core i5-4200U processor with a good old optical disk drive, and harman/kardon speakers. The brushed aluminum form of the laptop keeps style in mind and practicality too at a little more than 5lb., depending on configuration. There is also the Tecra W50 with 4k output, which is tailored more for engineers and designers that need CAD and other graphics heavy processing. It uses a NVIDIA Quadro K2100M GPU and 2GB of dedicated video memory. These two laptops are available mid 2014.

In other Toshiba news, and a breather from 4k imagery, a dual camera module will allow foreground and backgrounds to be in focus along with all space in between. This concepts been talked about in the past, but is a much more conceivable product this time around. The TCM9528MD is a pair of 1/4-inch 5MP CMOS sensors and will ultimately produce images that are 13MP. These are still early days in its production, but it shows signs of being very affordable and mass produced by April 2014.