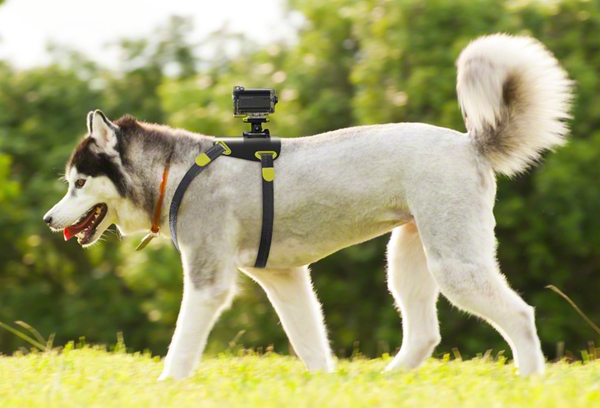 Exploring CES is always a marathon—This year my FitBit activity tracker reported that I walked more than 35 miles for the week—trying to make sense of the over 3,200 exhibitors. So what  was the result? As usual, the major consumer electronics companies were focused on lots of big displays—although this year they upped the resolution to 4K Ultra HD, with some even featuring curved screens for more cinematic viewing (so much for "flat-screen" TVs). The smaller booths again featured an overwhelming variety of smartphone and tablet cases, for style and protection, in materials from colorful plastic to leather to metal to Kevlar.

This year, though, it seemed that everybody had Bluetooth speakers for wireless music, in sizes from portable handhelds to "party on". Check out the new bottle-like designs, which can allow you to retire your over-shoulder boombox, so you can carry along the music in your backpack bottle holder, bike bottle cage, or car cup holder.

[image:blog_post:38006]But video enthusiasts were not left out, especially with more options in action cameras, including the Sony Dog Mount for its Action Cam for full Fido-vision experiences.

Action cameras are a great way to capture a first-person active experience, like biking, skateboarding, skiing, or driving. But you're basically shooting a one-hour video in one take, albeit hands-free, from your head or from a vehicle, so you need to plan your action along a path so that the final video works for the viewer, and take care to avoid jarring actions like suddenly turning your head. As a result, action cameras may not work well for capturing an event like a birthday party or a craft show where you want to explore a space. And they do not make sense for longer explorations, like a day-long hike through the woods or wandering along the shoreline. Which brings us to two rather different takes from CES on action cameras: the VOXX 360Fly panoramic video camera and the Autographer intelligent wearable camera.

The VOXX 360Fly is a panoramic video camera that shoots the entire 360-degree scene around you, plus 240 degrees vertical. The camera captures video at 1500 x 1500 resolution, at a full 30 frames per second. As a result, it looks interesting for both action experiences and capturing events. But real fun comes with playback. You can connect to the camera from the iOS or Android app through Bluetooth and Wi-Fi, and watch the video live on a smartphone or tablet. You can pan around in the video as it plays, seeing everybody seated around the table at the birthday party, or exploring the entire scene on your bike trip. Or you can play the full 360-degree scene, unwrapped into a rectangular frame. Then you can use the apps to edit and share your videos to YouTube, Facebook, Twitter and other social media channels in standard video formats.

The 360Fly is around 2 inches in diameter and 4 ounces, and can be submerged up to 5 atmospheres. It can be mounted on sports equipment like a helmet, or simply placed on a tripod in the center of a table. It should be available around mid-year, at a price around $400 to $450.

And there's more. VOXX also is releasing the 360MicroFly, a 360 degree optic lens attachment for the Apple and select Android smartphone. This is a tube that clips on to your smartphone to mount over the camera lens, and then stand up higher to capture a full panoramic view, albeit at 80 degrees vertical. It will be priced at around $99.

Then we saw the Autographer intelligent wearable camera at CES this year, a different kind of action camera that shoots a sequence of still photos. Instead of shooting masses of motion video, you can capture your experience over a long time, with on the order of 2000 photos over a 12-hour period.

While that's a nominal shooting rate of 2 to 3 photos a minute, shooting at a fixed pace still would result in a lot of redundant or bad photos, when you stood  still for a while or were in a particularly dark or bright spot. Instead, the Autographer is intelligent — it uses five sensors to decide when to automatically take photos:

Plus it has built-in GPS to geotag your images with location information. The unit itself is small and unobtrusive at 3 1/2 x 1 1/2 x 1 inches and 2 ounces. It's designed to be worn, and not held, with a built-in clip to hang on your clothing or bags, or a lanyard to hang around your neck. And, it's just a lot of fun! Images taken by users with the camera can be found here.

[image:blog_post:38026]As a camera, the Autographer features a panoramic 136 degree fixed-focus glass lens that simulates the human field of vision to capture the surrounding scene, with a 5 MP low light image sensor. It has a built-in swivel lens cover used to start / stop the camera. It comes with 8 MB built-in memory (enough for some 16,000 photos). You can adjust the automatic capture rate to Low (around 50 images per hour), Medium (100 images per hour), or High (200 images per hour). You also can manually shoot a quick sequence of 9 images.

To view and share the images, connect to a computer over USB, or to a smartphone or laptop over Bluetooth. Autographer provides free desktop software for PC and Mac, and free apps for iOS and Android. You then can view, tag and share photos, and create stop-motion videos with music. And you can use the Autographer Share cloud service to publish your creations.

The Autographer hands-free intelligent wearable camera is priced at $399. The original model is classic black, plus there are new models in transparent green, yellow, and blue cases. Additional rugged and waterproof cases and mounts also are available. This is an interesting technology and we can expect to see more intelligent wearable camera makers in the near future.

Water and electronics don’t mix, usually, but if you're in and around the water while toting a camera, you just might want to add the iON Air Pro 3 to your arsenal. This wi-fi lightweight camera is compact and waterproof and runs off a long 2.5+ hour battery. the fog-free lens has a 160-degree angle of view and has an assortment of mounting options for nearly any kind of activity you can imagine. The designers built in an auto rotation G-sensor that automatically adjusts your shot when the camera is tilted. Running iOS or Android apps to start, stop and pause recording from your smartphone, the camera also vibrates when you start or stop recording, so you won’t be fooled thinking you got the shot when you double-pressed the button. New mount features include iON FCS mount to attach to boards; surf, snow, skate, etc., and an iON rollbar mount for motor sports. The rollbar mount is specially designed to handle high speeds and vibration. Finally, the head strap and goggle mount allows you to get a true from-eye-level point of view.

With these different approaches to action cams, you can extend the idea of capturing a first-person video experience to a full panoramic view or full day of activity, and from extreme experiences to more relaxed explorations or even events.

CES is fun and exciting, but it's always a grueling event to cover. We're hoping to see personal hover boards or jetpacks to help us get through it in the very near future!