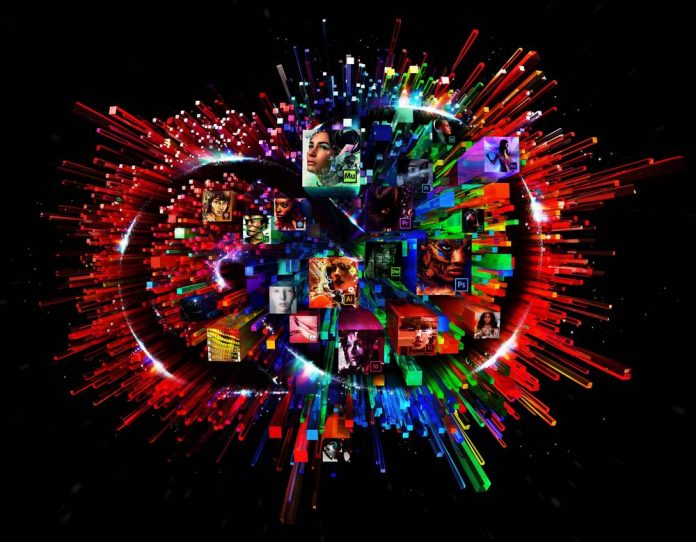 Adobe is revealing some details of the next full upgrade to its video tools this week at the annual IBC 2013 Exhibition. This is part of Adobe's new Creative Cloud strategy, to offer software only through subscription. In this new model, Adobe continues to produce major updates to its extensive suite of production tools — but now you can get the upgrades as soon as they are available, and at no additional cost.

A new update to the seven Creative Cloud for Videoapplications is due to be released in October. It has over 150 new features, and continues Adobe's history of combining impressive new technology with continued refinements to workflow and performance.

The biggest technology upgrade is support for UltraHD, which not only moves resolutions to 4K and higher, but also supports 50 / 60 fps rates and extended gamut for larger dynamic range. You now can edit these new camera formats in Premiere Pro, and then use the new DirectLink integrated pipeline to open projects natively in SpeedGrade for color correction and grading.

And to continue to use your legacy formats in the UltraHD world, After Effects adds a new upscale effect to retain edge detail and reduce artifacts when transforming from SD to HD to digital cinema sizes.

Plus there are further performance optimizations, including OpenCL support in Premiere Pro, along with improved Warp Stabilizer performance and GPU debayering of Cinema DNG for real time playback. After Effects now has multithreaded processing for the Warp Stabilizer VFX and 3D Camera Tracker, plus GPU optimizations especially for extruded text and shapes. OpenGL acceleration is supported on all current Intel HD Graphics GPUs, and Adobe Media Encoder also now uses GPU rendering.

Adobe has focused on workflow improvements for users, with applications along the end-to-end process from storywriting and shooting to production and delivery.

Adobe Story for collaborative screenwriting, reporting, and scheduling improves production planning among your team with new import and export support including set, character and tag lists.

Plus there's a new Prelude Live Logger iPad app, so you can log notes, events, and other data on the iPad while shooting. You can sync on set using wireless timecode generators, and then combine your Live Logger metadata with footage in Prelude.

Premiere Pro for video production and editing assists your workflow by displaying key project information during playback on a new monitor overlay, including time codes and camera angles, plus supporting audio monitoring to automatically mix down multi-channel audio for stereo playback. It also has improved multicam support to rearrange camera angles as you edit, and improved Link and Locate support for working with proxy files. And it adds caption support for MXF media and encoding to CEA-708 ATSC standards.

After Effects for visual effects and motion graphics has a new Mask Tracker to combine and automate repetitive work, so you now can create masks and then use them directly to apply effects that track automatically across frames. You also can clone effects, masks, and other properties between layers with a live link — so that changes to the original applies the same effect to the copies. AE also has improved layer and mask snapping behavior, and HiDPI viewers for Apple Retina displays.

Also in After Effects, you can use the new Media Browser to find and load assets, including traditional file formats, as well as media including P2 cards, XDCAM, READ, and ARRIRAW.

SpeedGrade for color correction and color grading now supports multiple grading masks, and layer and link masks, so you can work with individual layers within a grade. The new SpeedLooks offers dedicated camera patches so you can match color spaces across different camera formats.

– Finally, Adobe Media Encoder for background encoding now has automated image processing for customized outputs, for example to post-process with lookup tables (LUTs) and apply overlays such as watermarks and timecode. The new Sync Settings allow you to synchronize your preferences between multiple computers via the cloud.

This update also extends the Adobe Anywhere collaborative workflow platform that allows users to access, stream, and work with centralized media and assets across standard networks. Adobe Anywhere is embedded directly in Adobe Prelude for shared ingest and logging, in Premiere Pro for editing, and now also in After Effects for effects and motion.

The idea is to avoid the pain of copying assets, using proxies, relinking, and dedicated networks. Instead, you can log, edit, and share collaboratively, now with voice over support and project archiving. You even can start editing media in Premiere Pro while it is recording to a file, which is particularly useful for live broadcast and sports.

Adobe also is developing an Adobe Anywhere iPad app, so you can view productions and play back sequences on the Anywhere server from the field or from a remote location.

Adobe's efforts with Creative Cloud have continued the expansion of its role in helping users, from just video editing to end-to-end workflow ("plan to playback" — story writing to online portfolios), and from tools to publishing and now to online collaboration and community.

Plus there are the Adobe Touch tablet and iPhone apps, including Photoshop Touch for iOS and Android, and extensions of CC tools for viewing your work on portable devices.

That's well beyond partly cloudy, as an impressive demonstration of Adobe's ability to continue to produce strong upgrades to its suite of flagship applications, focusing on harnessing technology to support the needs of users for efficient end-to-end workflows.

You can license individual Adobe applications for $19.99 a month, the complete Creative Cloud suite for $74.99 a month (i.e., to meet a peak demand), or the complete suite with an annual commitment for $49.99 a month.