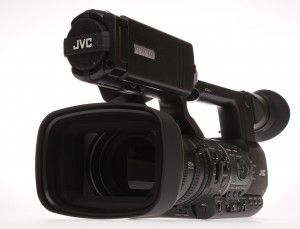 The IBC stands for International Broadcasting Convention and is opening September 6 in Amsterdam. IBC 2012 is expected to include more than 50,000 and past attendees came from 160 countries. It is all about the broadcast industry and can be thought of in terms of creation, management and delivery. New shows and ideas get their start here, many companies, big and small bring new products to show or exhibit innovative ways to get audiences to watch shows and commercials.

The pages of exhibitors listed for cameras at IBC 2012 are extensive with names like ARRI, Blackmagic Design, Canon, JVC, Nikon, Olympus, Sony and Vision Research. We would like to see more groundbreaking news on digital cinema cameras as well as news on the display front. Will there be news on 4K video production at the show? What we do know is that IBC 2012 is showcasing feature films like Hugo 3D and Prometheus on the centrally located Big Screen. Another section of the schedule that should please everyone in attendance is a networking break. Afterall, one of the biggest things to gain from a convention like this is a professional relationship.

The 35th IBC is coming because of six companies focused on broadcasting, engineering and television. The IBC 2012 awards are focused on innovation – not the biggest, baddest technology but the ideas that will change how the industry does business. Some of the finalists are geared toward giving viewers screens other than their TVs and others make production of programs seamless. With lots of talks and presentations occurring at the same time as one another it'd be impossible to see it all, thankfully, you've got a head start on reading all you can here. So even if you aren't joining the thousands heading to IBC 2012, we can at least give you a couple eyes on the action.

The countdown is on for Amsterdam to host IBC 2012.