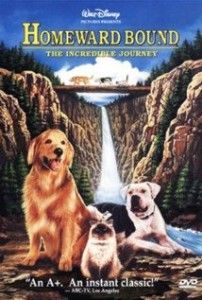 [image:blog_post:12726] How will you bring your character to life? Whether you'd love 'em or leave 'em, dogs are well known for the life and vibrancy they bring to our daily lives. Though animal movies have persisted since Rin Tin Tin, there is quite a difference between viewing animals from then and those found nearly 90 years later. This is one case in which advances in technology really shift the way movies are created.

Let's return to the opening question, but first a clarification, for this example's sake we'll call the animal character a dog, but it could be a whale, dolphin, bird, bear, horse, cat, lizard, frog or insect. Will your dog be speaking from the mouth, as in using computers to animate the mouth? Or do you eliminate the ADR and take the path of implied connection as with Homeward Bound: The Incredible Journey with voice actors speaking for animals without lips being synced? Maybe you'll take on the challenge of having a single narrator like in The Adventures of Milo and Otis. No movie title evokes this discussion like Air Bud. The first installment premiered in 1997, but it wasn't until 2006 when the name became Air Buddies that dog's mouths were animated to match the lines of dialogue. The majority of viewers from this second generation, are now becoming old enough to be making movies of their own. When they look to building characters will the animals be manipulated by animation or will live action be left alone with top-notch voice talent providing personality?

Another example to consider is animation, there's something incredibly effective about the creatures in The Chronicles of Narnia: The Lion, The Witch, and The Wardrobe, yet something lackluster in Spooky Buddies. If you do decide to include animals as key characters for your plot, why not take a step closer to animation, and invest in a good voice actor. Perhaps this all stems from our perceptions of reality, whenever animation is introduced, the fantastic and unreal can happen, but when a dog is playing a dog, its animated mouth violates the realism.

All things being said, creating a good character is the goal and entertaining, well, let's just say it would've been impossible to get through this blog without mentioning cat videos.