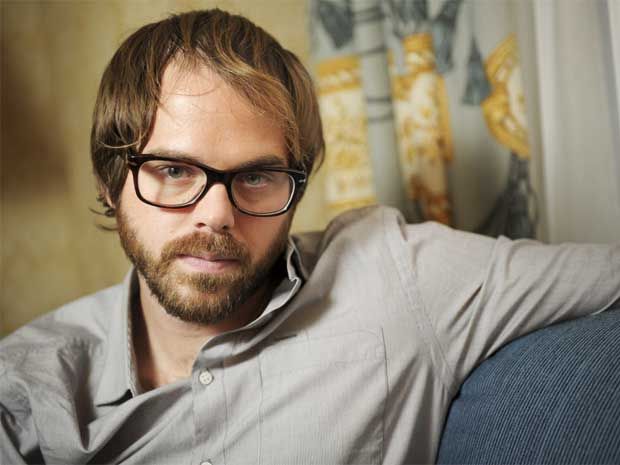 In January of 2011, at the Sundance Film Festival, the world's indy elite descended on Park City, Utah to showcase their newest projects and gain some momentum and word-of-mouth with the hopes of getting distribution for their films. Dotting the landscape also were some indy filmmakers whose films don't have any actors of note, no special effects and rely solely on story and passion to gain the attention of festival goers and distribution companies. One such filmmaker is Sean Durkin. The New York based filmmaker had the honor of premiering his feature film Martha Marcy May Marlene to critical acclaim at the fest.

Remarkably, the sub-one million dollar film is his first feature film. Despite this being freshman effort, MMMM shows an extremely phenomenal sense of storytelling and directing prowess. Under Durkin's direction, the title character, Martha, played Elizabeth Olsen, younger sister of cultural icons the Olsen Twins, turns in a performance with maturity well beyond her age. The story follows Martha, a young woman who has just escaped the grasp of an abusive cult and struggling to rejoin society. During her re-assimilation she is plagued by memories of her experiences and torment by the cult's leader Patrick, played by Academy Award nominee, John Hawkes.

Hawkes' performance was very solid despite lacking some development. The rest of the cast is comprised of mostly lesser known actors and a few recognizable faces. So, how does it look? Well, despite the current trend in the mainstream and indy filmmaking toward digital, Durkin opted to shoot his film on 35mm film using the Arricam LT and Zeiss Master Prime lenses . Even more interesting, the film is rumored to have been shot using mostly available lighting. Sounds crazy, right? I agree. It takes quite a bit of confidence to attempt such a thing and with the help of cinematographer, Jody Lee Lipes, they gave the film an unsettling yet professional look.

MMMM is definitely not without flaws. Some shots do seem a bit under exposed and overly stationary camera harkens back to many student films. But, if you can forgive that, the story content and powerful performances outshine the technical issues. For his efforts, Durkin has been rewarded. At Sundance, he won the Dramatic Directing Award and was nominated for the Grand Jury Prize. He has also received several other nominations and won a few awards. All in all, Durkin displays incredible filmmaking talent and will certainly be one to watch in the years to come.

Steve Everson is a filmmaker and graphic designer in Los Angeles, Ca.