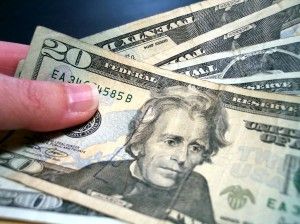 Every once in a while a charity video shooting project comes along that piques my interest, even though I know I won't get a dime out of the job. Most video producers, at some time in their career, are approached by someone looking to get free services from them out of the goodness of their heart or for the love of the project. Many times, this person who approached the video producer is completely clueless to how much time is involved in making even a simple 2-minute video. Shooting charity video is usually one of these causes.

What Price Pro for Hire?

Some time back, I blogged about a couple situations when twice I was hired to do a video, then the contractor balked at a below minimum wage quote. In each incident, the people had lots of money at their disposal, they just didn't want to spend it on my work. My blog, What Price Pro for Hire? got a number of people responding, and I suspect it was because they, too, have been treated unfairly by contractors. Forums member robGRAUERT summed it up well when he wrote: Video is a powerful tool that requires skill if it's to be effective.

People need to respect the work. Forums member jusbe said he was a professional who had developed and paid for his skills with blood, sweat, tears, time and cash. He added, Tough luck if a multi-national electronics company sold them the idea that all you need to be a skilled videographer is a fancy amateur camera. When I was approached two years ago, I was given the standard lines of ' t can help me break in the business and open doors … earn my dues…', when, of course, I paid my dues 30+ years ago when I first started working in TV.

Recently, a non-video producer contacted one of my compadres to edit 9 hours of stage performances down to a 5 minute promotional piece. My associate was wary of what he would be expected to deliver and most of the reluctance was the 'nine hours of footage'… anything over an hour is a nightmare if it's not well-shot or well-logged. We're talking about possibly a couple 40-hour work weeks just cutting it down. The standard "rate" one edits is roughly based on a time-conversion-by-edited-footage ratio. 1 minute of edited footage = 1 hour of editing time – minimum.

Based on that, the performance footage would yield a minimum of a 5-7 hour project, but the added amount of footage translates to a 540:7 ratio – that is, 540 minutes of raw footage to a 7 minute edited piece, which might end up making the work involved to be roughly 9 hours per edited minute, which factors to 63 hours of work! Unless the contractor has full blocks of footage he already knows will be cut out and depending on how well organized he is, this is still quite a time-consuming project. I wonder if he is a aware and willing to pay the price for this work? People don't value the time it takes for editors to do their magic!

For the Love of the Project

Which, actually, brings me to my original point. Last weekend I DID do a charity shoot for free – because I felt good about the cause and I went into it knowing I wasn't going to be paid but I stuck to my guns about several points: I will shoot the event only, but I won't edit it. I will hand the video files over to whomever you get to edit it and will be done with it. I ask for my full name and title to be acknowledged on the credits, and I do not want the footage back or any other associations with the project.

The shoot was planned to be a one-hour event, but ended up costing me four hours of my time; but I didnt regret it because I went into it with full knowledge of was expected of me. And I enjoyed the work. Charity work CAN get you great recognition, there are hundreds of YouTube videos being made every year to help support some cause from traditional well-known charity organizations like the Red Cross to small local fund-raisers to help a family which has recently lost its home to fire. There are even video production houses, now, that specialize in producing charity video for a discount, and many contests that can get you started. To stand out from the crowd, you need to deliver a clean product, regardless of how you are compensated.

What price should you place on doing charity work?

You really need to consider the organization and your skill level, and also what they expect to do with the video. If it is going to be a series, then you might bid lower for the first one, if they like your work you might convince them to compensate you for more later on. Shooting charity video can be rewarding, as long as you go in with an open mind and know you might gain nothing but a pat on the back. Charity video shooting isn't for everyone and I wouldn't do it too often myself, but I did experience a nice Autumn day in the park, and feel honored to help the cause.

To find out more about getting paid for your video work, check out these stories from Videomaker: From Pay to Profit, and 5 Steps to More Profit From Video.