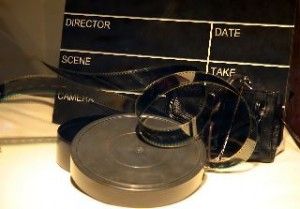 Yes, you. Are you famous? Are you successful with your video production skills? Have you influenced the masses with your video or film production work? Videomaker is looking for readers and former readers of our magazine who have gone on to work in bigger productions, with major industry skills; readers who are successful entrepreneurs in the video production business; and readers who have made video that has had a major impact in the lives of others. We want to hear your story. [image:blog_post:13315]

Videomaker is celebrating its 25th anniversary in June, and we hope to share stories of success from our earliest readers with our current readers. And we’re not just talking about people working in “The Industry” in Hollywood.

[image:blog_post:13316]Video is a very powerful medium, and it’s only been within the past five years that average consumers have been able to actually share their footage with the world. It was the earliest video producers – the early adopters – who paved the way for the pocketcam-carrying YouTube-uploaders of today.

Back in the mid 1980s, Matt York saw that the emerging technology was changing the way people capture their family memories – no longer did they have to rely on processed movie film; a new kid was making waves – the video camera. The first video camcorders were bulky and expensive, and the footage captured had poor contrast levels, didn’t work well in low light, and had little redeeming quality, compared to the beauty of film. But it recorded to a medium that one could view instantly, and the home movie enthusiasts embraced the new technology with glee.

Seeing that many of the video cameras were being used by people who’d never shot moving images before, and those people with little or no training were sharing footage that was lacking in any concept of composition, skills or techniques, Matt came up with Videomaker Magazine, the first publication dedicated to teaching readers how to make better video.

For 25 years we’ve told you stories, now we want to hear yours. How has Videomaker influenced you? What did you learn that you still practice? And have you shared your influence with others? We created a forums page called “How Videomaker Helped Me“, for our video community. Please share your comments and stories with us, and help us celebrate 25 years of teaching – and influencing – video enthusiasts, video producers, video creators and (my favorite term) ‘videophiles’. Although the word Videomaker is a trademarked name, you are all – this year – “Videomakers” to us.