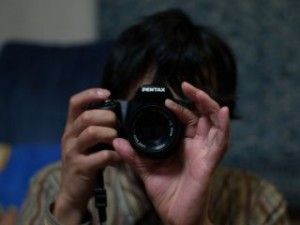 When someone new approaches me with a video project they’ve shot that they want me to gently critique I can always tell if that person has had any still photography training within just a few seconds. The first things skilled still photographers do is compose. They see the finished shot in their mind before they ever even put the camera to their eye. They instantly see the Rule of Thirds grid, or Divine Proportion, (also called Golden Rule), and they often say they “compose” shots everywhere they look, whether they are shooting or not. These are the people I call “The Eye”. They just have it, it’s in their brain, they “see” composition the way others see color.

For people who don’t have “The Eye”, it’s a struggle, both for video and still shooting, and they often can’t figure out why their lackluster images don’t shine, and often blame their cameras: too simple or low tech, or the reverse, too advanced for their needs.

I’ve seen some incredible shots taken from disposable cameras or even cell phones, and seen some of the worst images ever taken from the latest high-tech gee-whiz device.[image:blog_post:13760]

I was looking at a website this afternoon, Storied Notable Voices on Celebrated Photography and was deeply inspired. Reading books on still photography can give video shooters good tips on composition. Seeing such awe-inspiring images can make you really want to hone your skills, whether you are a still shooter or videographer. After all, as we’ve been seeing lately, with all these newer still cameras that shoot video, the lines are becoming blurred.

On the other hand, some still shooters really need to learn how to hone in on our skills, too. Sometimes some still shooters have a hard time making the transition to video because some of their tried-and-true techniques are so difficult to manage: depth of field being the most obvious.

This weekend I was teaching a still shooter how to use her new video camera and she kept saying, “how can someone make video images ‘sing’ when all it does is move around… ” She was stumped by video’s movement, and felt she had to keep panning and zooming because the camera can. I had to explain letting the action tell the story, letting the images move into and out of the scene. The DoF completely threw her off-sync, and shutter speed was a mystery.

Several of Videomaker‘s writers, in fact, come from a still-photography background and their still shooting skills and knowledge has enhanced their video shooting abilities. Kyle Cassidy is an award winning still photographer who recently had a photo book on the New York Times best selling list and is in production with a few more photo books. He writes our Basic Training column and offers this advice on composition in “Basic Training: Seeing the Rules of Thirds“.

Writer Michael Reff didn’t get his title “Director of Photography” at Turner Broadcasting because he can lift a heavy camera and catch some bad guys on the run, he earned it, Learn his framing tips in “Don’t Be Square about Framing“.

And James Williams wrote “The Divine Proportion – Balancing the Golden Rule“. Just a few examples of how you can learn more about composition, and you, too, can be The Eye.