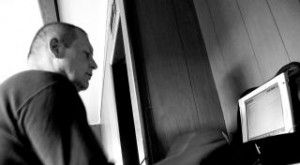 Anyone who knows me knows that I constantly rant about the blatherings on social networking sites. People who so mistrust the whole Big Brother concept and identity theft woes seem to think nothing of posting everything from extremely personal data to photos of their kids on a social site that is completely run on automation. And they connect with unknown strangers who connect with unknown strangers who connect etc, until they have a huge pile of virtual friends who in the real world they might not have given out their name to, much less their home phone number.

A while back, I pulled down my Facebook account because a very strange person from my past contacted me and insisted on “reconnecting” as friends.

This person who is NOT a friend, but is one of those former coworker-from-hell personalities, contacted me via FB requesting a friend invite. We were never friends before but she continued to send me badgering email requests so badly that I had to remove my account. I had a public profile, and was unable to change it to a private one, despite going through all the steps to make it so.

Recently, technology and media journalist Shelly Palmer wrote in his blog about a scary moment when his wifes Facebook account was actually hijacked by a hacker and her friends received strange notices from the hacker posing as her. Read that scary account here.

I, for one, am signing off FB for now, I have other things to do than talk about myself all day. (As, ironically, I write this blog about myself!)