At this year’s Computex, Dell has announced a few upgrades for its Precision PCs. Laptops receiving updates include the Precision 5540, 7540, and 7740.

Let’s take a look at each and see what they’re getting:

The newest iteration of the 5540 can now be fitted with up to Intel Xeon E or 9th Gen Intel Core 8-Core processors. It also sports 64GB of 2666MHz DDR4 RAM, an NVIDIA Quadro T2000 (4GB) professional-grade GPU, 4TB of high-speed storage, and an ExpressCharge-capable 97Whr battery.

Design-wise, the 5540 uses a 15.6-inch InfinityEdge display with a 14-inch chassis. The screen offers a UHD, 100% Adobe color gamut display or an OLED display with 100% DCI-P3 color gamut. Dell is confident “Editors, designers and photographers focused on the finer details also will benefit from impressive contrast ratios.”

It comes with a range of 15.6-inch display options, which include a UHD HDR 400 display. Additionally, the PC does support up to 8K resolution and playback of HDR content though a single Display Port 1.4.

As for the 7740, it offers up to Intel Xeon E or 9th Gen Intel Core i9 processors. Other specs include 128GB of ECC RAM, 8TB of PCIe storage and the latest NVIDIA Quadro RTX 5000 GPU. 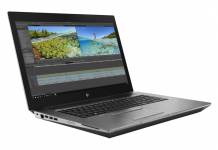 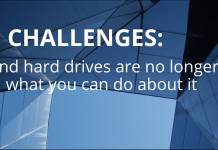 Protected: Why Dropbox, FTP and hard drives are no longer viable for media companies

Why Dropbox, FTP and hard drives are no longer viable for media companies