Phil Holland works with high-resolution footage constantly. That means he needs a good deal of computing power. Dell’s Precision Workstation with the NVIDIA Quadro RTX 6000 gives Holland the GPU RAM and compute power he needs to get his work done.

Who is Phil Holland?

Though Holland is continually working with 8K files, stitching them into higher-res videos, his background with stitching didn’t start with video; It started with stills. Holland began stitching with image-based lighting applications and visual effects.

“My background with stitching high-resolution images actually started with stills, specifically stills that we would use for image-based lighting applications and visual effects,” says Holland.

Though he works with video today, he still uses that kind of technology.

“These days what I am doing with that technology is filming with multiple high-resolution cameras on 8K and stitching them together, typically for 12K and 16K resolution,” Holland continues.

Most of the time, Holland’s stitching work is used to show off 8K televisions. Typically, he takes multiple 8K images stitches them together to make either 12K or 16K images. After he finishes stitching a 12K or 16K image, he downsamples it to an 8K deliverable file to play on 8K televisions. Downsampling allows for improved image quality. An 8K clip downsampled from a 12K file will always offer better quality than an 8K video that hasn’t been downsampled.

Use a system that adapts to your workflow

High-resolution cinematographers have different spec needs depending on the project they’re working on. Customizability is very valuable in the high-res cinematographer’s trade. Also, technology will evolve and systems that aren’t customizable will eventually become obsolete.

Holland’s workstation needs to be able to evolve to meet his constantly changing workflow. The Dell Precision Workstation is customizable and gives Holland the option to add and remove whatever he feels he needs to. If he needs to upgrade his workstation, or tailor his system project to project, he can do so.

“I view workstations as investments. And as my needs change, my platform might need to evolve into a different system,” says Holland. “What I like about the Dell Precision Workstation is the ability to add and remove things that might benefit even certain projects. It’s providing longevity without sacrificing a system you’re very comfortable using.”

“[The Dell 8K monitor] doesn’t make me think I’m second-guessing anything,” Holland says. “I’m looking at the footage at its intended resolution.”

To stitch high-res footage, you need a powerful system

When it comes to processing power, Holland’s relies on the NVIDIA Quadro RTX 6000. When stitching such high-resolution files, Holland needs a lot of GPU RAM. With the Quadro RTX 6000, the Dell Precision Workstation can stitch 8K footage smoothly and reliably.

“The NVIDIA Quadro RTX GPUs have been indispensable for my stitching workflow,” says Holland. “Having a lot of GPU RAM has been an absolute necessity.”

This article was sponsored by Dell and NVIDIA. 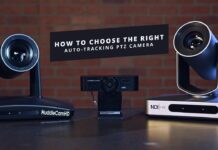 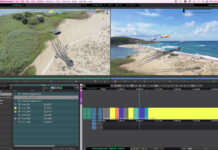 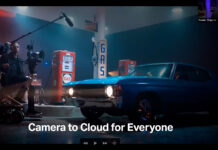 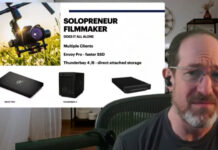 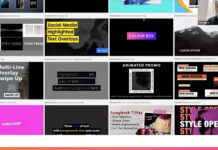 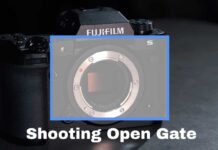