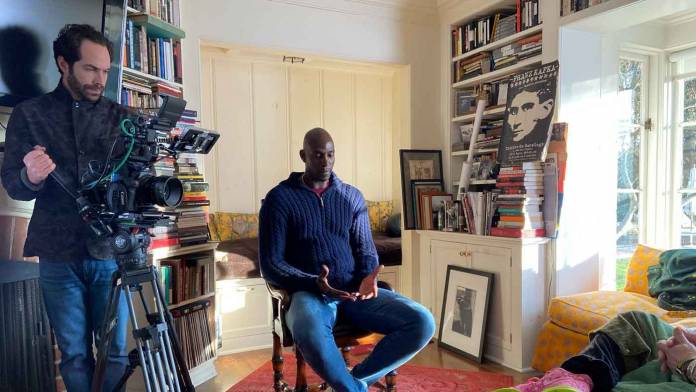 Over the course of his career, filmmaker Daniel B. Levin has worn many hats – Director, Executive Producer, and Cinematographer, to name a few. One thing that has remained constant throughout the years of working on award-winning documentaries has been his use of Canon’s Cinema EOS cameras and lenses. On his newest project, a Showtime documentary on basketball legend Kevin Garnett, he and his team at Blowback Productions again felt that Canon was the best tool for the job.

“I’ve had great success with Canon, going back to the original EOS C300 camera, and later the C300 Mark II, so it was a natural choice to continue with them for my latest documentary. It was also serendipitous timing that Canon released the C500 Mark II and Sumire Prime lenses right in time for us to begin shooting with them.”

The announcement of the EOS C500 Mark II cinema camera was especially exhilarating to Levin, as some of the new features showed great potential for verite shooting. “I was incredibly excited when Canon announced the C500 Mark II,” he noted. “It had a lot of specs that I had been waiting for, plus the fact that it was a full frame was very interesting and new. For this documentary, I wanted to lean heavily on prime lenses that had a bit of character, so choosing the Sumire Primes was another natural choice to pair with the C500 Mark II. The full frame together with the prime lenses gave a unique perspective when shooting the verite aspects of the film. Kevin is a big guy at 6’11, so being able to follow him in close quarters, and fit him in the frame with his large figure while also maintaining a shallow depth of field was an advantage that I couldn’t have gotten otherwise.”

Another standout feature of the C500 Mark II was the built-in five-axis electronic image stabilization, which really came in handy for certain verite scenes. “There was one scene where I was riding around with Kevin in a car,” Levin recalled. “I had my C500 Mark II with an 85mm Sumire Prime on and was shooting handheld with a monopod.  While I would generally say an 85mm prime is not the most ideal run-and-gun verite lens, especially in a moving vehicle, the built-in IS was extremely helpful and the resulting image and sequence was quite stable and usable.”

With almost any documentary, sit-down interviews are going to be part of the production, so it’s important to find a way to make your interview footage stand out. For Levin, this meant utilizing the Sumire Primes to create an artistic style to the studio interviews that gave a unique look and feel. “For these interviews, we wanted the lenses to have immense flares and bokeh qualities,” he stated. “Working with my Co-Director Eric Newman and DP Justin Francis, we played into this style by placing practical lights in frame and creating flares which achieved a unique texture captured beautifully by the Sumire Primes.”

Since their introduction in 2019, the Sumire Prime lenses have drawn wide acclaim for the complex texture and beautiful bokeh they deliver, which is what drew Levin and the Blowback team to them. “I think the Sumire look is modern, but has elements of vintage texture that are a bit more characteristic of older vintage lenses,” Levin observed. “To me, the Sumire lands between the original sharp Canon Cinema primes, and the coveted K35 vintage primes, for a modern look with subtle vintage qualities.”

The Rule of Three

Since production began, there was a new Canon introduction that caught Levin’s eye as a complementary tool for future projects. The EOS C300 Mark III offers much of the same performance as the C500 Mark II, but with a Super 35mm Dual Gain Output sensor in place of the Full Frame. The camera can do 4K 120fps in RAW, adding another tool in the arsenal to pair with the Full Frame 5.9K RAW in the C500 Mark II. Levin sees this as an ideal camera to pair with his C500 Mark II for documentary work. 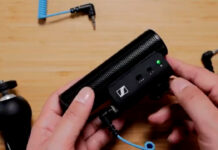 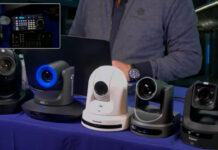