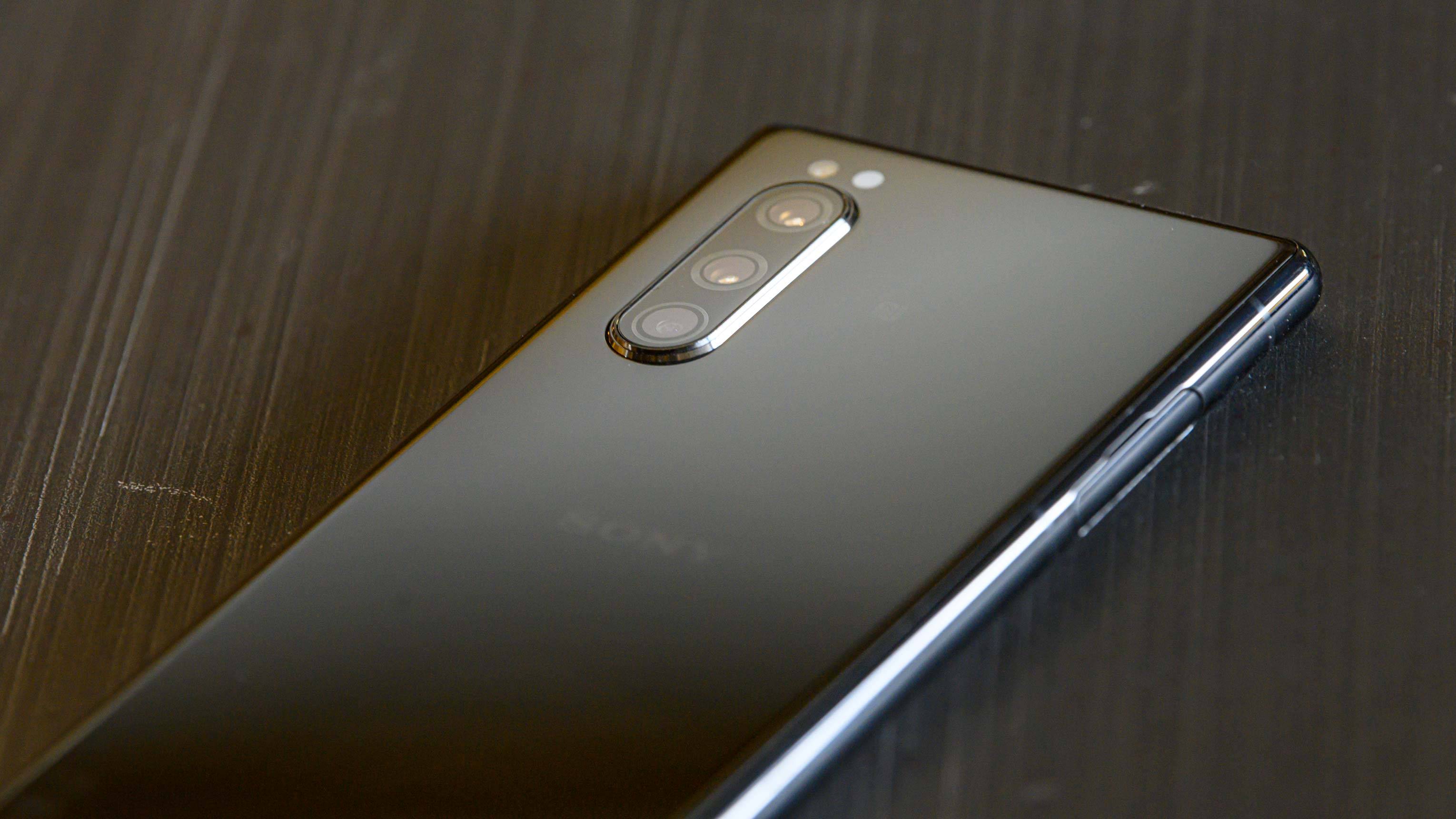 This is not your typical smartphone review. We will be solely discussing the video features of the phone. The quality and capabilities of a smartphone’s camera are some of consumers’ top reasons they choose one phone over another. Therefore, we are going to explore the camera of the Xperia 5 through the glasses of an experienced video professional. Let’s get started.

The Sony Xperia 5 is a special smartphone with a focus on video features. Its inclusion of Venice Color Science, unique to the Sony Xperia line, and 10-bit H.265 (HVEC) video makes it stand out. Plus, it has three separate lenses, each with its own different-sized sensor. Sony presented the Xperia 5 as the culmination of the knowledge they’ve gained making cameras — packaged as a smartphone.

The Xperia 5 camera module has three different lenses with different focal lengths, plus each lens has its own sensor. Starting with the wide-angle of 16mm, it uses a 1/3.4-inch sensor and offers a maximum aperture of f/2.4. Next is a normal focal length of 26mm. It’s the largest sensor at 1/2.6 inches and also the only Exmor R sensor offered. It also features an aperture that’s a bit wider at f/1.6. Last up is the telephoto lens at 52mm. Like the wide-angle lens, it uses a 1/3.4-inch sensor and has a maximum aperture of f/2.4. Both the 26mm and 52mm offer image stabilization and a manual focus option. The 16mm lacks both, but because of how wide a field of view it has, it doesn’t leave you wanting.

The Xperia 5 has two ways to capture video. The first is with the camera app, where you can capture up to UHD 4K at 30fps, up to 120fps in slow motion mode and in-camera slow-mo up to 60fps. However, using the camera app lacks full manual control for exposure when shooting video.

The Venice CS look is the default look when using the Cinema Pro app. It looks flat like a log profile but isn’t really. Other than the color, there isn’t much gained in the image from shooting in it, but it does look good. The bigger benefit is manual control over the exposure and shooting in H.265. There are eight total looks to choose from, but half of them are very specific and wouldn’t work for most shooting. However, we did like four of them. Venice CS was our favorite with Opaque, Bright and Soft falling just behind.

One of the best parts of the phone is its screen. Powered by CineAlta, the quality of the screen is great. It has an OLED screen with a 2520 x 1080 resolution. The 21:9 aspect ratio means cinematic content goes edge-to-edge.

The advanced eye-tracking autofocus offered in the Xperia 5 works very well; however, it’s not available when shooting video. When shooting stills, the shutter can be controlled by a smile meter that will capture an image when the subject smiles. This is a fun idea, but a very large smile is required to activate the feature. For some their normal smile will trigger the shutter, but other people will have to smile much larger than they do naturally.

When it comes to video, the autofocus tracking works well. In fact, the manual focus control is so clunky that we would recommend using AF for all shooting with the Xperia 5. We found it hard to find the right focus point when shooting manual focus. Plus, the focus was by sliding a finger upon a control on the screen. When trying to manually control the focus, we often shook the camera, affecting the shot. What manual focus control gives you, however, is the ability to do a rack focus between two pre-designated points. It allows you to choose a start and finish point of the focus. Although clunky, we applaud the inclusion of manual focus control.

We started out with the desire to discover how noisy the image was at each ISO, but we also wanted to know whether the larger sensor size of the 26mm camera would offer any difference in low-light performance when shooting video on the Xperia 5. Off the bat, when looking at any footage shot at any ISO at any focal length, there is some noise. Is it bad? No, but this is one of the biggest drawbacks of shooting with sensors this small.

To test the ISO noise levels, we shot each camera ISO at every stop to see at what point noise enters the image. The aims was to find the highest ISO one could shoot without a distracting amount of noise. None of the three cameras offer any difference in noise performance. They all start off with noise, but the level of noise does not change significantly until shooting over ISO 500. Because of this, we would feel comfortable shooting up to ISO 500 for the best picture quality.

The color reproduction in the video from the Xperia 5 is great; however, we were not impressed with the image detail and sharpness. More than just a focal point choice, the image had less detail when compared to the iPhone 11 Pro. When we observed this, we wanted to see if we were able to challenge the deficit in sharpness and detail. Any addition of sharpness to the image resulted in a sharper image but with a side effect of an increase in noise. Post-processing would be required to match the detail and sharpness of the image from the iPhone 11 Pro.

The standard camera app is very typical and simple to use, but it lacks the manual control offered by the Cinema Pro app. Because of this, we found ourselves using the Cinema Pro app the majority of the time when shooting video with the Xperia 5. It’s what makes the Xperia phones unique. However, the app requires more steps to change some of the settings. For instance, to change the resolution from ultra-wide 4K to ultra-wide 2K, we had to create a new project.

Though a bit cumbersome, this does mean you can return to your project later to return to those settings. This is good in some situations when you want to bounce around from different resolutions, frame rates or the Looks. However, say you want to just change the resolution and nothing else, you still need to have a different project. The resolution, frame rate and look changes all require a new project.

Another example of the difficulty of the interface is turning on and off AF function. Say we are in manual focus and want to go to AF, to do this, we have to click on the auto button, then click on a gear icon, then click on Autofocus button in the menu and turn it on. Although this is a few steps, it’s not bad, however, if you don’t then choose the set button afterward, the camera will not change to AF mode. It’s the same process in reverse to change back to manual focus.

Balance of the phone

The Xperia 5 feels great in the hand, and one of the buttons on the exterior turns into a shutter button when in camera mode. As a phone, it fits nicely in the hand, regardless of the size of the hand.

One thing to note is that the cameras are in line, not grouped together in a square or triangle. We bring this up because when we shot off a DJI Osmo Mobile 3 from the 16mm we caught the gimbal in the frame. When we adjusted the gimbal to move the phone to not catch the gimbal in the frame, balancing the gimbal was not possible. It’s not the end of the world, but it is something to be aware of.

What else is out there?

We were hoping that the Sony Xperia 5 and its video-centric feature set would show us that the capabilities of a smartphone can compete with the quality of a dedicated camera. Although we wouldn’t see someone using this phone in lieu of an interchangeable-lens camera or a camera with a large image sensor, the image is nice. Plus, when you consider that most people always carry their phones with them, the convenience and great creative control the Xperia 5 offers makes it a great option when you don’t have a dedicated camera to shoot with.

In situations where the user only has a smartphone, the Xperia 5 gives a nice enough image that it could be used in most cases. We liked the phone, its monitor and the three cameras. It has a great image and would be a great choice for video-centric smartphone users.

The Sony Xperia 5 is a video-centric smartphone with three lenses and three different sensors. It can capture 10-bit video internally in wide aspect 4K. It has a great low price, but won’t be replacing your dedicated camera any time soon. 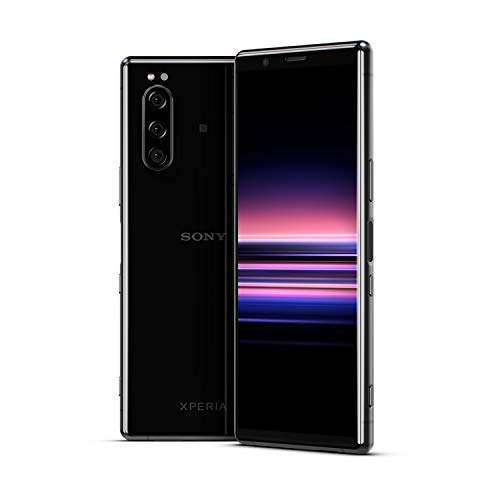 Stock video sometimes gets a bad wrap in the filmmaking community. In reality, however, we see stock video used every day in any number of applications. Below, you'll find our selections for the best places to look...