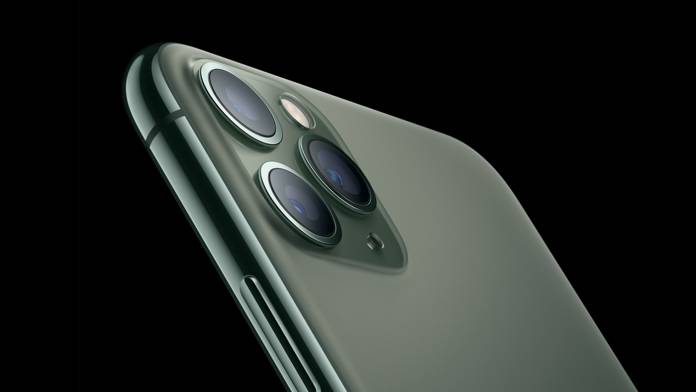 Smartphone camera tech is always advancing, so much so that there are now triple-camera phones. Apple has revealed the iPhone 11 Pro and 6.5-inch iPhone 11 Pro Max.

Both smartphones look very similar to last year’s iPhone XS and iPhone XS Max—and indeed they are pretty similar. However, there is one major change: there’s a third rear camera module. At the same time, Apple also announced the iPhone 11, the successor to the iPhone XR, but it doesn’t have three cameras.

The clear standout of all the features, the third lens is a 12-megapixel ultra-wide lens with a 120-degree field of view. The two other lenses on the phone are Apple’s wide-angle and telephoto cameras. The telephoto camera does have a larger ƒ/2.0 aperture now as well. Apple claims the upgrade will allow the camera to up 40 percent more light than the XS camera.

The front-facing camera is now a 12-megapixel sensor that can shoot 4K and slow-motion videos.

Catching up with Android

There are also a few software upgrades. It seems like Apple is catching up to Android’s Pixel line. For instance, Apple’s added a dedicated Night mode. This mode intends to improve performance in dark lighting. The feature turns on automatically when you’re shooting in a dark environment.

Fastest CPU and GPU ever in a smartphone

The new iPhone 11 Pro models will feature Apple’s A13 Bionic chip. Apple said that it has the fastest CPU and GPU ever in a smartphone. Additionally Apple has improved machine learning performance.

Apple upgraded the display to a new OLED panel which goes to a brighter 1,200 nits. The panel also has a 2 million to 1 contrast ratio and is 15 percent more energy efficient. The glass is said to be tough as well. Apple claims the glass is the “toughest glass in a smartphone.”

The prices for the iPhone 11 Pro and the iPhone 11 Pro Max come in at $999 and $1099 respectively. They come with 64GB, 256GB, and 512GB storage options. You can start preordering this Friday, September 13th. The phones will start shipping on September 20th.