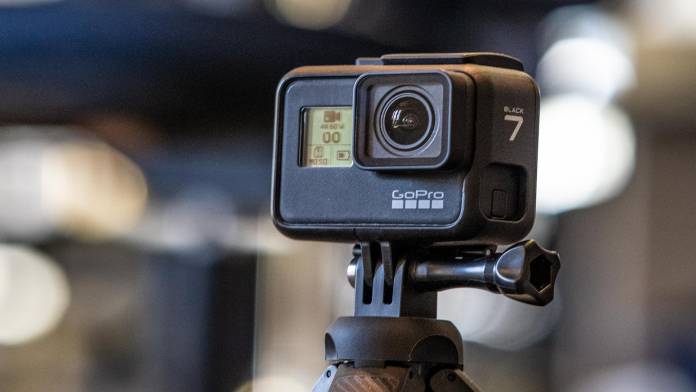 GoPro releases a new camera every year, but they hardly ever offer huge improvements over the last iteration, and that’s still the truth with the new GoPro HERO7 Black. If you bought the HERO6 Black, GoPro didn’t give you many reasons to upgrade. However, if your last GoPro was the HERO5, the HERO7 Black will be a nice treat. With the same GP1 processor as the HERO6, the HERO7 Black most notably adds Gopro’s HyperSmooth electronic image stabilization all the way up to 4K 60 frames per second. It feels like GoPro has been releasing their products so that you to need to buy every other one to experience the benefits from the upgraded tech. 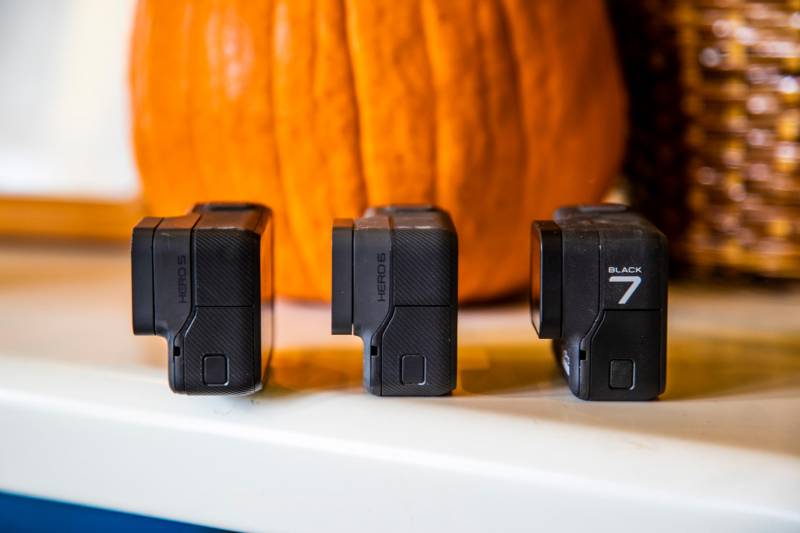 What’s the lay of the land?

The HERO7 Black offers a short list of new features from the HERO6, namely the ability to stream live directly to Facebook and the GoPro-named HyperSmooth electronic video stabilization. You can also shoot up to 240 fps in HD or 120fps in 2.7K, and with the new feature TimeWarp, get stabilized hyper-lapse that auto conforms to video in the camera. In addition to the new features, the HERO7 Black also gets an updated menu and UI.

The first thing we noticed once turning the camera on is the new UI and menu. We are not sure why they changed the menu they already had; it worked well. In the new menu, for example, to change the frame rate takes four steps. On the HERO6, there were only two steps to do the same thing. This might not seem like much, but why would an improved menu require more effort to adjust and change settings? Add in that the menu in the HERO6 is easy to use — why change something that wasn’t broken?

The HERO7, like the 5 and the 6 before it, still requires a cage to mount to any accessory. With GoPro’s 360 camera, the Fusion, they built a mount into the bottom of the camera, so no cage was necessary. This isn’t a huge deal, but every time you replace a battery or SD card, you must remove the camera from the cage.

The big selling point to this new camera is the improved image stabilization.

The last notable new feature is TimeWarp. Timewarp is, in essence, hyper-lapse timelapse. It captures a moment as you move, and when done recording, you have a smoothed out hyper-lapse video. This is a wonderful tool for covering a lot of ground and having something more dynamic than just sped up video, though the results look very similar. We found that it did a better job at smoothing out the bumps from camera movement than if we shot video and just sped it up.

Like we do with every camera we test, we put the HERO7 Black through some controlled tests in our studio for low-light performance, battery life and rolling shutter. For its low light performance, we tested shooting at every stop of ISO it offered. Starting at ISO 100 and testing up to ISO 6400, we identified that you can expect to shoot up to ISO 400 with no noise in the picture. Above ISO 400 to ISO 1600, although noise was present in the picture, it is either subtle or not enough to ruin a shot. Above ISO 1600, though, we saw significant color shift in the noise. We would not recommend shooting above ISO 1600. GoPro makes it easy to bracket your ISO control by giving you the ability to set the lowest and highest ISO it will shoot.

For battery life, the test is simple: make sure the battery is charged and the card is clean and press record. When shooting in the top resolution and frame rate of 4K 60 fps we got an average of one hour and 30 minutes per battery. The camera did get warm but did not have any overheating issues during our tests. That is pretty typical. The batteries are the same as the HERO6 and HERO5, so if you have some from prior cameras, you can keep using them. 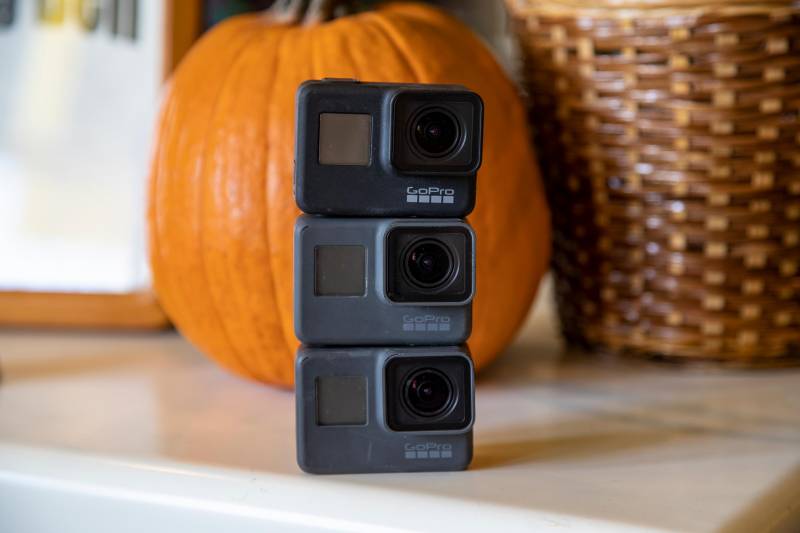 At the same time that the HERO7 Black was released, GoPro announced two other cameras, the HERO7 Silver and HERO7 White. They are priced one hundred and two hundred dollars less than the Black. The Silver can capture up to 4K 30 fps and the White can only do up to HD 60 fps. Both offer image stabilization, though not labeled HyperSmooth like the Black. Additionally, if you want a cheaper option, the HERO6 is still out there to buy new and now comes at a lower cost, though that will vary from outlet to outlet.

If you don’t want a GoPro, there are two other popular options out there, the Sony FDR-X3000 and the YI Technology 4K Action Camera. Both cameras have been out longer, but offer similar functionality. The Sony offers optical image stabilization and video capture up to 4K 30fps. The Yi also captures up to 4K 30 fps and offers electronic image stabilization.

The stabilization on the HERO7 Black is electronic, but it’s the best in-camera electronic stabilization we have ever seen. The image quality is nice, and the new TimeWarp hyper-lapse shooting mode is a nice addition. Its low light performance was good, and the battery life isn’t anything to complain about. If you own a HERO6, you don’t need to buy the HERO7. However, if you either don’t have an action camera or have a HERO5, you should strongly consider the GoPro HERO7 Black.