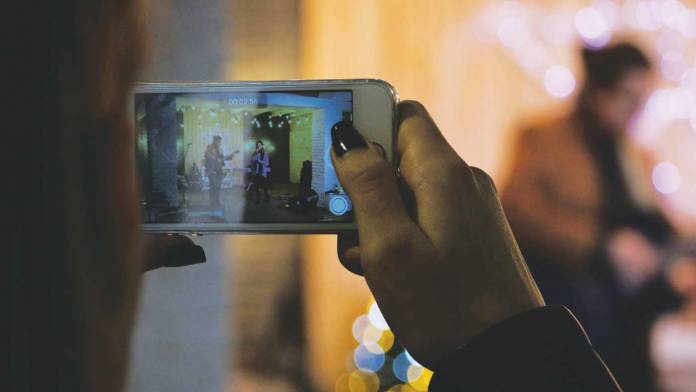 Okay, put your pitchforks down and just hear me out. I come from an era when having a camera was actually what qualified you to be able to make video. Moreover, when I was young and I had my Sony FX1 (that’s right, the one with the mini DV tapes), that gave me license to create things. In fact, since I was known as ‘the guy with a camera’ that opened me up to a lot of work opportunities to make videos I wouldn’t have been able to make if I didn’t have a professional dedicated camera.

Now we live in an era of video where the barrier to entry is more like a speed bump. More and more individuals are capturing great looking video without a dedicated camera.

Benefits of not having a dedicated camera

The first perk–you don’t have to wait to get the shot. If you, like most, never leave your home without your phone, that means you’ll always have a camera on hand. Not only that, you’re also able to get your camera into places a dedicated camera can’t fit (or isn’t allowed.) This can be a huge advantage for run and gun guerrilla filmmakers.

Additionally, the majority of media nowadays is consumed on the same device you’re recording video. So, you’ll already have a good idea of how everything is going to look.

The biggest advantage though, is price. If you already have a phone — guess what — you already have a camera. You don’t need to spend hundreds or even thousands of dollars on something that you’re only going to use for a video, especially if you are a hobbyist. A dedicated camera may not be an investment you’re willing or able to make.

Benefits of having a dedicated camera

All that being said, having a dedicated camera (at least for me) is still my preferred method of shooting video. The camera on your phone can get a lot of great visuals, but it’s not going to help you understand how to capture the best image. It is a smartphone, after all. You camera will be doing a lot of thinking for you. Oddly enough, that can actually work to your disadvantage.

If you don’t know a lot about ISO, f- stops, or shutter speed, then you won’t be able to actually use a smartphone camera to its full potential. those topics are things you have to know when you have a dedicated camera. In short, an understanding of exposure and lighting translates to almost any dedicated camera that you would have; it’s just a matter of knowing how that specific camera works.

Also, if you show-up to a video shoot with a dedicated camera, that shows you know what you are doing and adds another level of professionalism and legitimacy.

At the end of the day, your camera is a tool. Carpenters aren’t worried about going out of business because other people can buy a hammer at the hardware store. As video professionals or enthusiasts alike, it’s important for us to understand whatever technology is at our disposal, so that we can tell our story. Whether it is an iPhone or ARRI ALEXA, use the tools you have to tell your story.