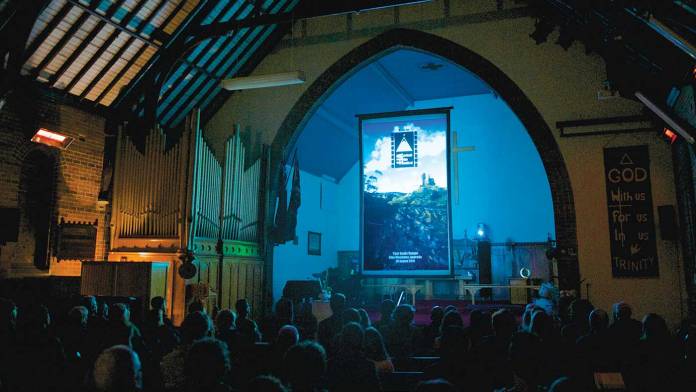 In 2018, over 70% of content viewed on YouTube was done through mobile devices. Phones and tablets have officially replaced traditional computers as the average user’s primary content delivery device. Entire social media platforms, such as Snapchat, are exploiting vertical video’s pervasiveness and Instagram has its own video application designed specifically for vertical video, IGTV.

And then we have to acknowledge that phones have almost entirely replaced cameras as the go-to recording device for non-videographers. Built-in cameras have become increasingly complex, with the most advance capable of recording in 4K. As more powerful editing software becomes available on mobile devices, professional-level video can be shot, edited and shared using only a phone.

Even Netflix has embraced vertical video, featuring vertical previews of shows that play when browsing the platform on a phone or tablet.

So why is it that we’re still so averse to vertical video? If we watch and, for some of us, record most of our content on phones, what is the problem with vertical video?

For a long time, vertical video meant the recorder was either lazy or uninformed. It was seen as evidence that someone didn’t know the most basic rules of video production. Vertically recorded videos were grainy and poorly framed. They were videos that captured a fight behind the gym after school or a jerky shot of a concert that consisting mostly of the back of someone’s head, flashing lights and some inaudible screaming. They weren’t exactly flattering examples of vertical video.

Clearly, there are situations where a landscape perspective is preferred. In a professionally-produced video, horizontal ensures your video can be viewed optimally on as many devices as possible. Film and TV isn’t moving away from a landscape aspect ratio anytime soon. But when video is produced for consumption on social media, filming in a vertical perspective is an increasingly legitimate option. You don’t have to film in a vertical perspective, but writing off a video simply because it’s using a nontraditional aspect ratio ignores the changing landscape of video production and sharing.

A lot of us are stuck in our ways. For almost all of cinema’s lifetime, vertical aspect ratios were entirely unheard of. Tripods were built with standard, horizontal perspectives in mind. There weren’t devices that could play vertical video. But now, when more people own smartphones than desktop computers, it might be time to realize that maybe vertical video isn’t just the tool of the lazy and uninformed.