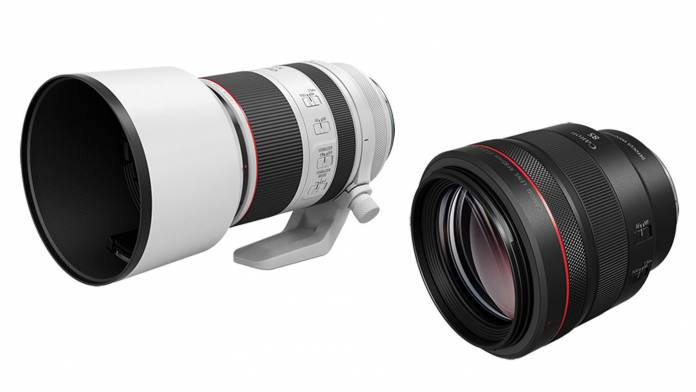 Compared to other Canon RF lenses, the RF 70-200mm is reportedly a lot lighter. According to Canon, the lens is 28% lighter than other EF lenses. This is great for anyone that is continually using a 70-200mm. Wedding photographers are on their feet and in the action. A lighter 70-200mm should ease the strain. Additionally, the len’s weight distribution looks like it’s been updated for the better. How did Canon do this? They say they concentrated the lens’ elements closer to the camera body. Moving the heavier parts of the lens closer to the camera body will make the load much more balanced.

One interesting thing about the Canon RF 70-200mm is it doesn’t feature internal zooming. However, it does feature two Nano USM focusing motors. This should make it quicker when focusing. Each of the motors controls a separate lens group as part of a floating focus control. There should also be reduced focusing distance and breathing with this system.

Inside, the RF 70-200mm has 17 lens elements in 13 groups, including two aspherical elements, four UD elements, and one super UD elements. Additionally, there’s Canon’s customizable control ring and five stops of image stabilization. As for its durability, it is dust and weather resistance. Also, the lens has Subwavelength Structure Coating to reduce flare and ghosting.

The RF 85mm f/1.2L USM DS is essentially a redesign of Canon’s well-known portrait lens. The lens is capable of defocus smoothing, which is the same as apodization. It’s just Canon’s own term for it. Apodization makes for very smooth bokeh.

There are some cons though. Though you will get smooth bokeh, the lens sacrifices around 1-1.5 stops of transmittance. The depth of field on this lens will be comparable to an f/1.2 lens, yet it has the same light-gathering specs as an f/2 or f/2.2 lens.

Feature-wise, the RF 85mm has a one aspherical element, one UD element, blue refractive optics to reduce chromatic aberration, and a customizable control ring. The lens is dust and weather resistance and Air Sphere Coating.