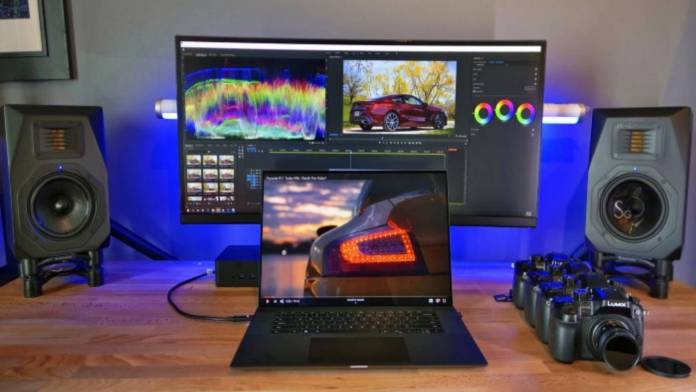 Dell has just announced one of the biggest updates we have ever seen made to Dell’s mobile Precision workstation line since 2013.

According to Dell, they’ve found the “perfect combination of power and style.” They say they’re bringing award-winning Dell design and combining it with the latest thermal innovations, professional graphics and powerful CPU technologies.

Both the Dell Precision 5550 and the brand-new Dell Precision 5750 are small and thin laptops. Dell says that they are their smallest and thinnest mobile workstations. These 15- and 17-inch workstations feature-sided InfinityEdge 16:10 aspect ratio displays and a top bezel Infrared camera.

In total, the laptops’ starting weight is 4lbs and 4.7lbs, with a 92 percent and 94 percent display/body ratio respectively. Additionally, the Dell Precision 5550 and 5750 are built with “lightweight” aluminum. Also, they are available with NVIDIA Quadro RTX 3000 graphics.

“Most powerful 15” and 17” mobile workstations”

As for the new Dell Precision 3550 and 3551 mobile workstations, they should offer “reliability and performance at an accessible price point” according to Dell. They are better suited for users with less intensive graphic needs.

We all know the high demanding tasks are going to cause your laptop to heat up. Dell claims to have developed thermal design solutions to better balance the high performance of CPU/GPU concurrency and higher wattage graphics power. One of the examples of improvements given is the inclusion of dual opposite outlet fans that dissipate heat quickly, alongside thinner vapor chambers in the place of some heat pipes.

Dell announced the Dell Precision 3240 Compact as well. The Compact can push up to seven 4K displays. It is also ready for VR, with NVIDIA Quadro RTX 3000 professional graphics. This laptop will be out in Q3 2020.

Dell also announced the Dell Precision 3640 Tower and Dell Precision 3440 workstations. They’re suited for content creators and engineers working with 3D or complex 2D graphics according to Dell. “These scalable and affordable systems offer a range of high-performance options for productivity and accessible ports for connectivity,” claims Dell.