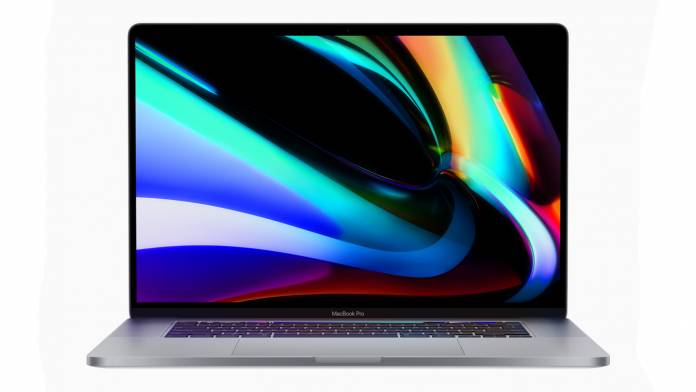 Apple is pulling out all the stops with the new MacBook Pro 16-inch. Apple claims it has superfast processors, next-generation graphics and the largest battery capacity ever in a MacBook Pro.

Available today, replacing the 15-inch MacBook Pro, the 16-inch is “the most powerful notebook [Apple’s] ever made,” according to Apple. In addition to its faster processors, graphics and larger battery, it also has a new Magic Keyboard and much more storage.

Obviously, the MacBook Pro 16-inch has a larger screen than the 15-inch model. It will be the largest screen we’ve ever seen on a Mac notebook. However, the screen isn’t only bigger. It’s also brighter. It produces 500 nits of brightness. Apple says the notebook will deliver “spectacular highlights and bright whites” with “deep blacks” due to its photoalignment of liquid crystal molecules.

The MacBook Pro 16-inch features the Intel Core i9 processor with up to 8 cores and 16 threads of processing power. Apple claims it will deliver up to 2.1 times the performance of a quad-core MacBook Pro.

As for the notebook’s graphics, they’re powered by the AMD Radeon Pro 5000M series. With the Radeon Pro 5000M, the graphics horsepower in the MacBook Pro 16-inch reaches heights other MacBook Pros could never reach. Apple says the MacBook Pro base model is over two times faster than the previous-generation. All this means playback and rendering should be smoother and faster, even with ultra-high-definition video.

There’s also an option to purchase the notebook with 8GB of GDDR6 VRAM. With it, tasks like color grading in DaVinci Resolve will be noticeably faster.

The MacBook Pro 16-inch has the largest battery in an Apple notebook. It features a 100-Wh lithium-polymer battery. The battery is big and it needs to be to keep up with the laptop’s many powerful features, like the larger and brighter display. The notebook should last up to 11 hours.

The MacBook Pro 16-inch achieves 40Gb/s of throughput thanks to its Thunderbolt 3 connectivity. That’s twice the bandwidth of Thunderbolt 2. The 16-inch has four ports, so you can hook up a few things to the notebook if you need to.

The MacBook Pro 16-inch is open for pre-order now for $2,399. That’s the same price as the 15-inch MacBook Pro when it launched.