DJI is back at it again with a new drone. When the drone manufacturer released the Mavic Mini, it was the smallest drone ever made. Now, the newly announced Mavic Mini 2 shares that title and improves on its predecessor’s key features.

The DJI Mini 2 isn’t the most powerful DJI has to offer, but that isn’t necessarily a bad thing. Its primary audience is mostly entry-level video shooters. Also, considering its physical size, it would be hard for DJI to include more powerful hardware in the drone. Still, the Mini 2 still seems to be a capable little drone.

The Mavic Mini 2 now shoots 4K video at 30 fps. This is a major improvement, considering the original drone shot 2.7K video. Additionally, the drone retains the same 1/2.3-inch, 12-megapixel sensor as the original. You can zoom up to 4X. 2X of the zoom is lossless. Also, photographers can choose to shoot in RAW.

DJI swapped out “enhanced WiFi” with its OcuSync 2.0 transmission/video stream system. Ultimately, the drone’s maximum range is twice as large as the originals, up from 4 km to 10 km. Additionally, the drone now features new software called QuickTransfer, Enhanced Photo and Trimmed Download.

DJI increased the Mavic Mini 2’s flight time. The Mavic Mini could last up to 30 minutes in the air. Now, the Mini 2 lasts an extra minute in the air. That may not be a huge increase in time, but it’s still an improvement. 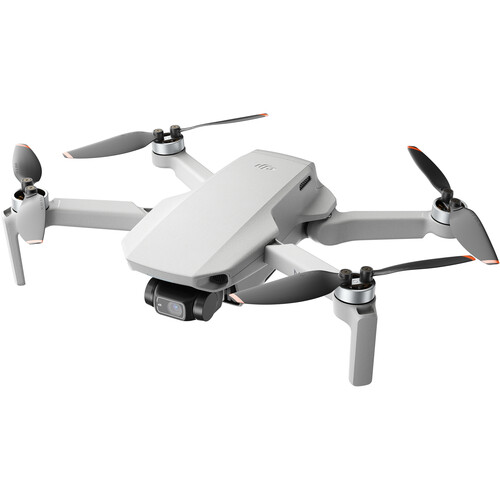