Both laptops claim to be leading the convertible PC market in regards to power and brightness. The Spectre X360 15 is reported to be the world’s most powerful convertible. As for the EliteBook x360 830 G5, HP claims it to be the world’s brightest business convertible. In addition to these PCs, HP also unveiled a new monitor: the EliteDisplay E243p Sure View Monitor, the world’s first 23.8-inch diagonal display.

HP’s newest iteration of it Spectre x360 15 now has an AMOLED display, claiming to be the most powerful convertible. It features reportedly cutting-edge graphics capabilities and the latest 8th gen Intel quad-core processors with NVIDIA GeForce MX 150.

The ILED model will come with an 8th Gen Intel Core i7 processor, 16GM of RAm, and 512GB PCIe SSD storage.

The HP EliteBook x36- 830 G5 is the world’s brightest business convertible and brings 360-degree versatility for those on the go. The laptop has four flexible models that delivers design, security and collaboration, and optional outdoor-viewable display, Gigabit-class 4G LTE, 450Hz bass roll-off and noise-cancelling tech. 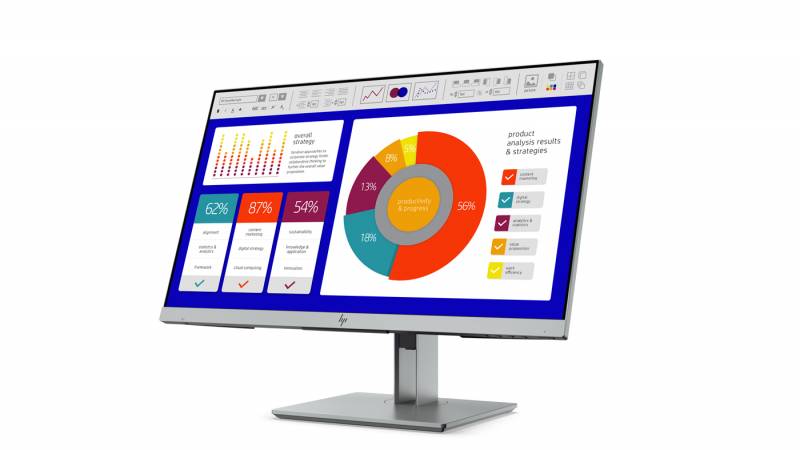 Now, the HP EliteDisplay E243p Sure View Monitor is the world’s first 23.8-inch diagonal
display with an integrated privacy screen. The is itself is designed to shield sensitive content from prying eyes using built-in HP Sure View Gen3 tech. The monitor’s micro-edge bezel and 4-way adjustable provides a seemingly practical, comfortable design for tilting, pivoting or swiveling with a max 15mm height adjustment.

The HP Spectre x360 15’s OLED model pricing hasn’t been announced yet. That is expected to be announced when it launches this March. The EliteBook x360 830 G5 with be out this March, but the price has been disclosed yet. As for the the EliteDisplay E243p Sure View monitor, that will be released sometime next month for $379.