The Fujifilm X-H2S has a 26.16 MP X-Trans CMOS 5 HS APS-C sized imaging sensor. It’s a stacked, back-side illuminated imaging sensor. It also has a signal reading speed of up to four times faster than Fujifilm’s previous X-Trans CMOS 4. The sensor has a readout speed of 1/180th of a second when recording video to minimize rolling shutter on moving subjects or when the camera is moving.

Fujifilm’s X-H2S has the new X-Processor 5, which doubles the camera’s processing power compared to the previous X-Processor 4. In addition, the X-Processor 5 improves overall image fidelity at lower ISOs and reduces noise at higher ISOs. The X-H2S also has an AI processor which provides subject-detection autofocus.

Fujifilm claims that you can record for around four hours in 4K/60p due to the X-H2S’s heat-dissipating design. You can also buy a separate cooling fan accessory to help maintain recording times in high-temperature conditions.

The X-H2S has an electronic viewfinder with a high-resolution, 5.76-million-dot panel and a magnification of 0.8x. It also has a 1.62-million-dot, vari-angle LCD monitor. The X-H2S has an all-new five-axis, in-body image stabilization mechanism. Fujifilm claims that this will give you up to seven stops of image stabilization. The camera also has a standalone video recording button. The X-H2S has dual memory card slots which support one CFexpress Type B card and one SD card.

In addition to the cooling fan, Fujifilm has also announced a vertical battery grip that takes two NP-W235 high-capacity batteries. There is also a file transmitter that gives you wired LAN connectivity and high-speed wireless communications capability.

The Fujifilm X-H2S mirrorless digital camera is scheduled to be available in July 2022 for $2,499.

The FAN-001 cooling fan and VG-XH vertical battery grip will also be available from July 2022. They will retail at $199 and $399, respectively. The FT-XH file transmitter will launch in September 2022 with a retail price of $999. 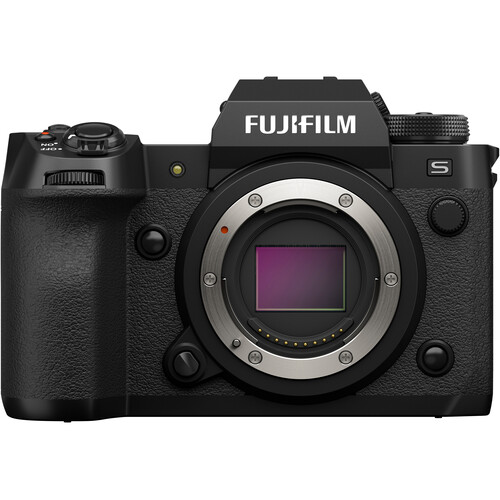