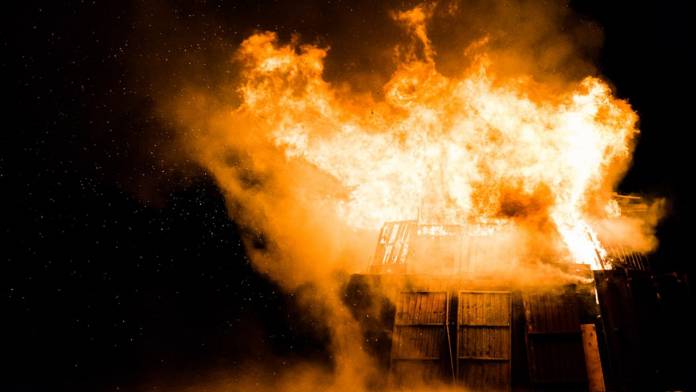 Do you need an explosion sound effect for your video, but don’t want to deal with stock audio? You can make your own effect right in Adobe Audition.

The best part about making sound effects yourself is you own it and it’s completely free. You just have to make it first. Mike Russell from musicradiocreative.com walks you through all the steps for making your explosion sound effect with just your mouth. That’s right. Just your mouth. You can use your own voice to make the effect and it should only take a few minutes.

Take a look at Russell’s tutorial if you want to turn your mouth sounds into explosions in Adobe Audition.

Record your voice to start making the explosion sound effect

To start, you need audio of your voice to start editing. Grab a microphone and begin recording into Adobe Audition. Russell decided to go a little silly with his mouth sounds. You can do the same or you can get as close as possible to the real deal if you want. What you will end up with is a base for your explosion sounds.

This is where the sound effect starts sounding less like mouth sounds. Select all the tracks you have and timestretch them. Here you will already start getting a slightly different sound. You can also pan a few of your tracks from left to right to give them a stereo sound and lower the distortion.

Open up a new multitrack session and drag in the mix from the explosion sound effect you were working on before. Now you’re ready to start using some Audition effects. These are provided right in Audition. For instance, you can add some chorus or studio reverb to the track.

Now you’re ready for the equalizer. Go to Filter and EQ in Audition and select the Parametric Equalizer. In there, you can add some base and take off some of the treble. At this point, you exposition should no longer sound like your voice — more like an actual explosion.

You can take your sound effect even further and more authentic. You can go into Effects then to Special and click Mastering. Russell recommends the subtle clarity preset. You can also use some Amplitude and Compression, Dynamics Processing, and even the Multiband Compressor.

There is a lot more you can do to take this sound effect further, but after the tutorial, you will end up with a track that can be used as an explosion sound effect.