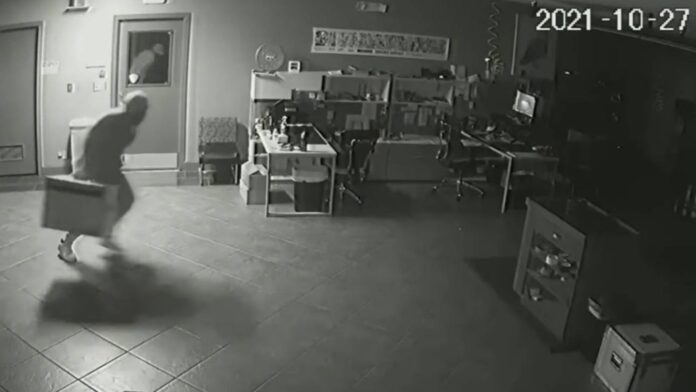 Local news station CBS46 reported that the most recent victim was Production Consultants and Equipment (PC&E). PC&E is the only full-service rental company in Atlanta offering camera rental, lighting, grip, sound stages and more, all under one roof. The company has served the motion picture industry for over 37 years.

During the burglary at PC&E, the burglars stole more than $100,000 of equipment, including a camera valued at $90,000. PC&E General Manager Mark Wofford said that the burglary took place during the night on October 27. Surveillance video captured the criminals breaking a window to gain entry. They then proceeded to grab items once inside the premises.

“You can’t make the film without the equipment to tell the story with,” Wofford told CBS46. He said it was a well-organized string of crimes and that it was hurting the industry in Atlanta. “Equipment is hard to come by through legitimate channels these days with supply chain issues. This doesn’t make our losses any easier because it takes time to replace equipment.”

Wofford told CBS46 reporter Jasmina Alston that more than thirty break-ins at different premises in the area have happened since the summer. In total, the burglars have stolen more than three million dollars worth of equipment.

Some of the targeted companies are now fighting back and have banded together to put up a $25,000 Crime Stoppers reward to help identify the criminals. The Crime Stoppers Greater Atlanta Facebook page has posted images of some of the suspects.

Anyone with information can contact Crime Stoppers Atlanta anonymously on the tip line at 404-577-TIPS (8477) or online at www.StopCrimeAtl.org.