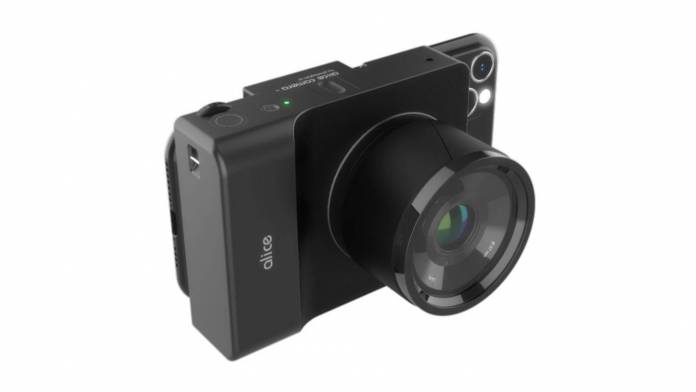 Essentially, the Alice Camera is an “AI-accelerated computational camera”. The company claims the camera can deliver better connectivity than a DSLR and better quality video than a smartphone. In recent years, smartphone cameras have had major advancements. As for traditional camera companies, they haven’t advanced nearly as much as smartphone companies. However, the Alice Camera looks like it’s looking to incorporate both camps. It looks to be a standalone camera with the computational photography of a smartphone.

The Alice Camera is an interchangeable lens camera and it features a dedicated AI chip. According to the company, the chip “that elevates machine learning and pushes the boundaries of what a camera can do.”

Moving to the front of the camera, it has a Micro Four Thirds mount and an 11-megapixel Quad Bayer HDR sensor. The sensor has large pixels, so it should ensure noise should be low and HDR. Also, the camera’s AI will help improve things like autofocus, exposure and the camera’s color science. The camera itself is capable of shooting 4K video, and includes electronic image stabilization, a microSD card slot, USB-C charging, a 3.5mm mic jack, and supports Wi-Fi connectivity.

Your phone is the camera’s screen

On the back of the system, there’s a universal phone mount. It’s designed to act as the screen for the camera with the companion app. The camera and phone are linked wirelessly, so the phone can be used as an external monitor at a distance also. One benefit of using this smartphone system is the ability to update the camera with firmware. The app can also be updated fairly easily as well.

When can we expect to see the camera?

Currently, the Alice camera is in the concept prototype stage and will be launching through an Indiegogo crowdfunding campaign in the fall. However, you can pre-order right now for about $64 though the official website.

The company is aiming to officially ship the camera in summer 2021 for about $955.