The HyperDeck Studio line has been very successful for Blackmagic Design. However, according to Blackmagic, it’s time for an update.

The updated line consists of the new HyperDeck Studio HD Mini, HD Plus, HD Pro and 4K Pro. Each model offers notable upgrades to its predecessors. For example, each model can record H.264, ProRes and DNx files to standard SD cards and UHS-II cards — which is great because you won’t have to invest in a custom storage device. In addition to that, they all feature timecode and reference generators with output to look with other HyperDecks. So you can build several racks of various HyperDeck devices, allowing you to sync their actions together. For example, if you hit play on one HyperDeck, they’ll follow suit.

In addition, each model features dual media slots (an imperative feature for broadcast recorders). Dual media slots allow you to hot-swap as your memory cards fill up during recording. Every model will automatically go to the next card when the one currently recording is full, so it’s simple to swap cards.

Being the smallest of the bunch, the HyperDeck HD Mini still comes packed with features. It comes with 3G-SDI in and out, HDMI output, AC and DC power inputs and timecode generators. It can also work as a webcam; you just have to connect it to your computer through USB. Also, the HyperDeck HD Mini can record H.264 up to 1080p60 or ProRes and DNxHD up to 2160p30. H.264 files are small, so you can record for a while, even on standard cards. 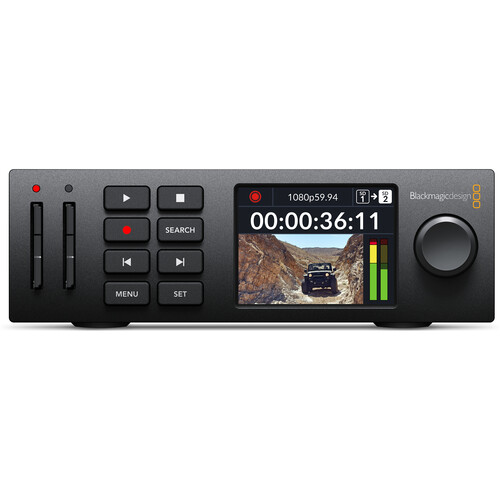 With the HyperDeck Studio HD Plus, you get everything you’d get with the HD Mini model, as well as a few added features and a larger body. Its larger body allows for easier control access since the buttons are wider and there’s more room for more buttons. Feature-wise, the Plus supports 6G-SDI to record and playback ProRes up to Ultra HD 30fps and fill and key playback up to 1080p60. Additionally, it supports HDR and has an SDI loop out. You’ll also notice there is a headphone socket and a built-in speaker for better audio monitoring. 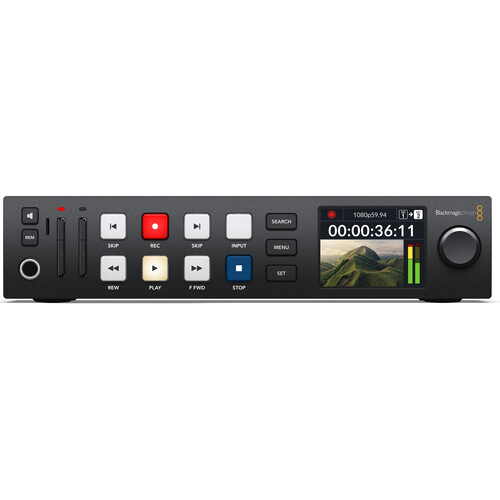 The HD Pro model is a beefed-up version of the HD Plus. You get all the same features, but you also have two SSD slots, along with the other model’s two SD card slots. So, with the HD Pro, you can record even longer. There are also transport control buttons and a metal search dial with a clutch. This clutch stops the dial from spinning whenever you reach the end of a menu screen or when you reach the beginning or end of a video you’re playing back. The HD Pro also features XLR connectors. 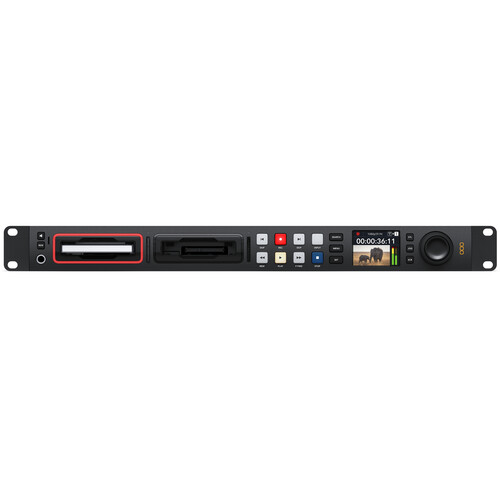 Last but not least, we have the HyperDeck Studio 4K Pro. It’s essentially the same as the HD Pro version but has 10G Ethernet support and a 12G-SDI with a loop 12G-SDI output, allowing you to play ProRes 4444 files. In addition to H.264 recording for SD and HD (like the other models), the 4K Pro model transitions to H.265 when it’s recording in Ultra HD. 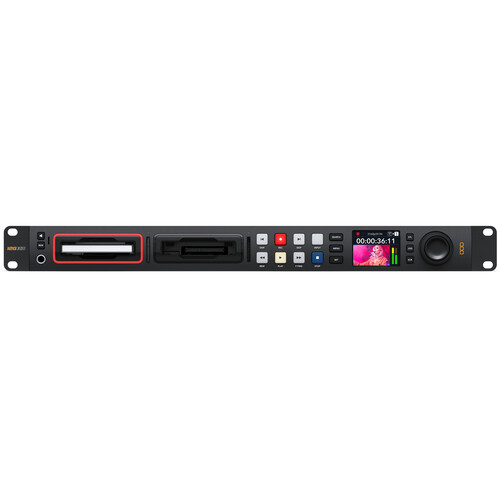 With the prolonged success of the original HyperDeck Studio line, it’s good to see the line with a fresh new coat of paint. Features like dual card slots, timecode and reference generators make each model a formidable piece of equipment for live broadcast.