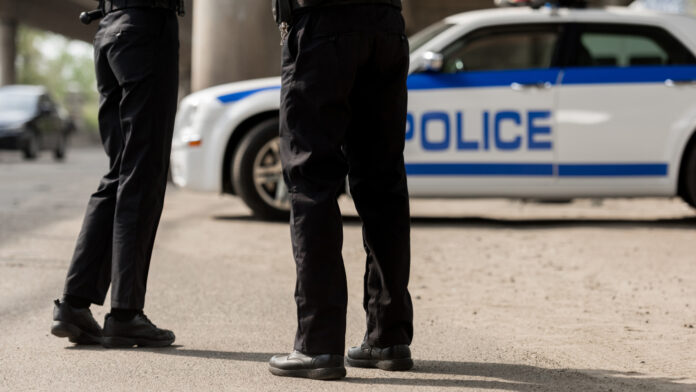 A federal judge has stopped the enforcement of a new law that would have restricted anyone filming the police in Arizona. The law was going to come into force on 24 September.

What was the new law?

The Arizona Legislature signed House Bill 2319 into law in July. It would have made it unlawful to film a police officer from eight feet away or closer. If you didn’t move back when you were told to do so by a police officer, it would be considered a misdemeanor and may lead to fines. Originally, the law was going to set the distance at 15 feet. However, Arizona Legislature lowered the minimum distance to 8 feet in an attempt to avoid legal challenges.

Why was it stopped?

Lots of organizations, including the National Press Photographers Association and the American Civil Liberties Union (ALCU), had campaigned against the new law. They argued outlawing the act of filming police violated the U.S.’s First Amendment, which protects the rights of free speech and protects a free press. U.S. District Judge John J. Tuchi agreed with the publications’ concerns and issued a preliminary injunction. This stopped the law from taking effect on 24 September as originally scheduled.

What will happen next?

The ALCU is now campaigning for a permanent injunction so that the law can never come into effect. District Judge Tuchi has also given the Arizona Legislature a week to respond to the injunction. Arizona Attorney General Mark Brnovich has already told the judge he is not going to defend the law. However, the Republican representative who put forward the new law, John Kavanagh, is trying to work with the house speaker and the senate president to keep the law in place.

The freedom of the press to report on events is a fundamental right in the US. If the law had come into force, it would have made it impossible for news reporters and photographers to cover events such as rallies or demonstrations. In addition, the filming of the police by members of the public has been vital in exposing injustices in the past. The new law would have prevented bystanders from filming the murder of George Floyd by a police officer for example. It would have also prevented this videographer from documenting his encounter with a cop who pointed his gun at him for filming. Looking forward, the ALCU and others will continue to work to ensure that the freedom to film the police is protected.