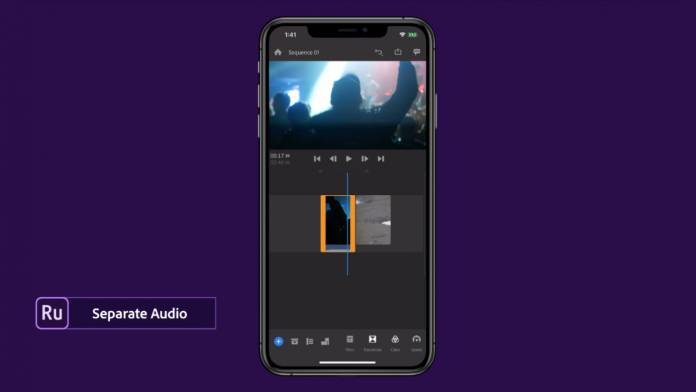 Adobe has revealed new updates that will make the audio editing experience on Premiere Rush much more comprehensive and creative for creators.

Today, Adobe released two new audio updates for Rush. The updates consist of a new feature called Separate Audio and 23 new soundtracks. The main feature of the update is the ability to edit audio tracks separately from their associated video track. Previously, when you imported a video into Rush, the audio was tied to the video. You couldn’t separate the audio unless the audio was its own separate file. Now, users can separate a video’s audio track to be trimmed and moved around independently.

How do you separate audio in Adobe Premiere Rush?

According to Adobe, you can separate audio in Rush with just a simple right-click on the video clip in the timeline. From there, just select “Separate Audio.” If you are on mobile, instead of right-clicking on the video, you would long press. The audio-only clip can be moved independently across the timeline. It is also dropped into the first available audio track. The original audio will become muted.

In addition to the separate audio feature, Rush now has 23 new soundtracks. If you want to check them out, you can find them in the Media Browser > Audio > Rush Soundtracks.

These two updates should be already available on Premium Rush. So you can check them out right now.