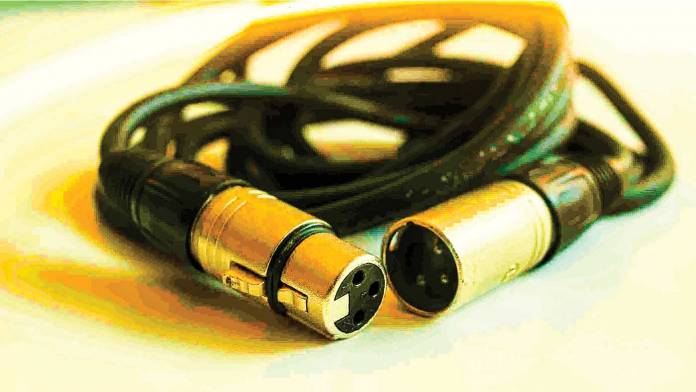 As modern-day filmmakers, we deal in data. After all, we collect it, corral and manipulate it. Simply put, we are data cowboys/cowgirls. So, what do we use to move this data? In the second decade of the 21st century: cables and connectors. Perhaps in the future we may beam data through the air wirelessly. Sadly however, today we still use wires to move our data. With that in mind, let’s talk about our digital cowpoke tools.

Birds and the bees

In short, without getting too deep into the Birds and the Bees, the plug (male) is often (but not always) on a cable. Similarly, the jack (female) is often in the chassis of a piece of gear. In other words, the jack is a receptacle. A plug goes into a jack to make a connection. However, there are all sorts of exceptions.

Many XLR cables are male on one end and female on the other. The female end connects to the male end of a shotgun microphone. In essence, this happens while the male connects to an audio recording device.

In summary, HDMI (High-Definition Multimedia Interface) cables and connectors first launched in 2002. They have replaced DMI (Direct Media Interface) connectors in most places. Altogether, these come in five variations, three of which we might come into contact with as filmmakers. HDMI (Type A) is the largest of the three and is common on flatscreen televisions.

Next, HDMI Mini (Type C) is made for portable electronic devices. These include DSLR cameras, high-definition camcorders and standard sized tablets. Lastly, HDMI Micro (Type D), as the name implies, is the smallest of the connectors and intended for use with smartphones and smaller tablets. Type-B does not seem to be used in current consumer products and Type-E is used in automobiles.

Generally speaking, USB (Universal Serial Bus) is probably today’s most used connector between consumer computers and peripheral devices. In short, these cables come in many different shapes and sizes.

That said, I’m sure the USB-IF (Universal Serial Bus Implementers Forum) will come up with more in the future. Generally speaking, all of these different types of USBs fall into three specifications: USB 1.x, USB 2.x and USB 3.x.

In fact, the end of 2008 brought us a whole new USB 3.0. This came with an upgrade to both the power it can transfer via its cable and a whopping 5Gbps (gigabit per second, which equals 1,000 Megabits). It also has a powerful transfer rate, earning it the name “SuperSpeed.”

USB 1.x and 2.x are comprised of Type A (a.k.a. Standard-A), Mini-A, Micro-A, B, Mini-B and Micro-B. USB 3.x comes in Type A, B, Micro-B and C. In short, we don’t have the space to technically break these all down, but knowing that they exist will make your life much less stressful.

Fun Facts: The USB type-C plug is the only reversible USB connector. USB connects do not use screws, clips or thumb-turns as some connectors use.

After all, a phone jack, audio jack or headphone jack — is part of the family of electrical connectors typically used for analog audio signals. So, if you’ve ever plugged a guitar into an amp or headphones into an audio device, you’ve used a phone connector. In fact, the phone connector was invented for use in telephone switchboards in the 19th century. Luckily, it has withstood the test of time.

In short, a technical term for these connectors derives from how they are constructed. Each has a tip and most have at least one ring. Finally, there is the sleeve. That said, some have more than one ring. These jacks are abbreviated as such: TS, TRS, TRRS, TRRRS.

As shown above, there are many types of phone jacks. It gets complicated; so we’ll stick to the three that filmmakers are most likely to come across.

The 1/4” (6.3 mm) standard phone connector is used in devices such as guitar amps, mixers, electric keyboards, electric guitars, and some power amplifiers.

In contrast, the 1/8” (3.5 mm) mini phone jack can be mono or stereo. You might know this connector as a Headphone Jack commonly used with small, consumer audio gear.

There are quite a few variations of XLR cables and connectors, but the version filmmakers use to carry a balanced audio signal is a 3-pin type, also known as XLR3. Some XLR cable locks its male connector with its female, some don’t. If you are professionally acquiring audio, balanced XLR cable is what you should be using.

In fact, I’ve been using BNC cables for over twenty years and didn’t know this Bayonet connector is named after Paul Neill of Bell Labs and Amphenol engineer Carl Concelman (learned that in this very magazine — thanks, Kyle Cassidy!). Thus the BNC connector is usually used with coaxial cable and the connector itself locks in place with a quarter turn of its coupling nut.

Thunderbolt is the New FireWire

This is for the Apple fanboys/girls. In short, Thunderbolt was developed by Intel in conjunction with Apple to replace Apple’s high-speed data transfer technology known as FireWire or, as us geeks like to call it, IEEE 1392.

So, if you’re on a Mac and you use an external hard drive to edit, you’re probably using Thunderbolt 3.0. Thunderbolt, like both FireWire 400 and FireWire 800, can run power to your external hard drive, freeing you from the charging cable and wall outlet. Some camcorders connect to a computer using firewire.

Musical Instrument Digital Interface is a technical standard that describes a communications protocol, digital interface, and electrical connectorsconnect a wide variety of electronic musical instruments, computers and audio devices. In summary, MIDI is a worldwide standard dreamt up by Roland Corporation founder Ikutaro Kakehashi. Standardized in 1983 and currently monitored by the MMA (MIDI Manufacturers Association), MIDI assures that all digital devices work together seamlessly.

SATA (Serial Advanced Technology Attachment) was originally developed as a way to move data within computers. Thus, an external version of the cable/connector was produced and is differentiated from its internal cousin by placing a the lowercase “e” before the initials.

Digital Coaxial cables and connectors look a lot like RCA cables (see below). However, as their name implies, they carry a digital signal. More common in home entertainment systems, it’s rare that filmmakers will be working with Digital Coaxial.

In short, the Toslink cable (from Toshiba Link), also known generically as an “optical audio cable” or just “optical cable”, is not so common in video production but found more in home audio setups.

Here’s a quick look at data transfer speeds for the connection types you’ll encounter most often.

We don’t have space to talk about outdated or little-used connections but I’ll list them here as you may come across them:

That was a lot of information and we went way over word count but my goal was to get you properly connected. Did I miss any connectors that a filmmaker would regularly use?