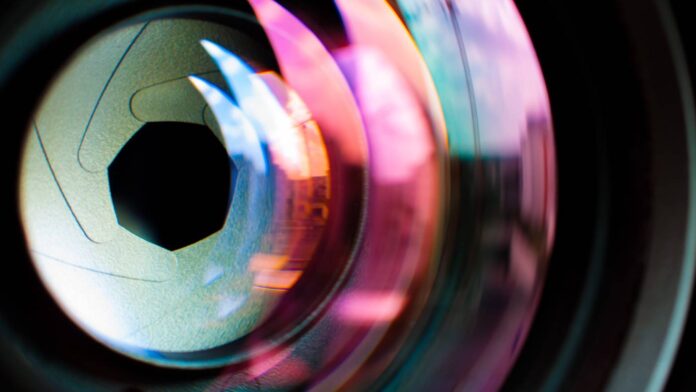 If you’re familiar with the exposure triangle, you’ve likely already experimented with different aperture settings on your camera. Apertures are important tools in any videographer’s arsenal, but what exactly is the aperture and how does it work? Let’s take a closer look at the mechanism that makes the aperture possible — the iris diaphragm.

What’s so important about the aperture and iris diaphragm?

All camera systems — from the most advanced and the most primitive — rely on a few basic components. The most crucial component is the body of the camera. After all, “camera” literally translates to “chamber” in Latin.

This chamber conceals a photosensitive surface: a film strip or, in digital cameras, an image sensor. For a camera to produce a legible image, this surface must be protected until it is intentionally exposed. If the camera’s body is not lightproof, we’ll get light leaks or, worse, a completely washed-out frame.

At the same time, we do need to let some light into the camera. Otherwise, we can’t capture any image at all. Thus, we need a way to control how and when light is allowed into this enclosed space. We do this using the shutter and the aperture.

Aperture refers to the opening through which light can enter the chamber of the camera body. The shutter controls the duration light is allowed to pass through that opening. When exposure is set properly, the shutter will briefly open to let the proper amount of light shine through the aperture to the image sensor. Then, usually in a fraction of a second later, the shutter will close before the image becomes overexposed.

While the shutter is an important way to control exposure value, cameras rely on an aperture to produce any image at all. Since light rays travel in a straight line, a small enough opening will admit only those light rays that traveled directly through it into a darkened chamber.

This is how a camera obscura, the precursor to our modern camera, can project a scene from outside onto the wall of a dark room. Likewise, the aperture of a pinhole camera is simply a tiny hole in the camera body, often literally punched with a pin in DIY camera projects.

How the iris diaphragm creates the aperture

Pinhole cameras and camera obscuras use a fixed aperture opening. However, most lenses we encounter today create this opening with an adjustable iris diaphragm mechanism. Similar to the iris in the human eye, the iris in a camera lens expands and contracts to control the amount of light that can pass through. This affects both the brightness of the image and its depth of field.

The job of the iris diaphragm

The size of the aperture created by the iris diaphragm is measured in f-stops. Each full stop down reduces the amount of light coming through the aperture by half. The larger the f-number, the smaller the opening and the less light can enter the camera. This is because the f-number is actually a fraction representing the aperture’s diameter.

For example, an f-number of f/2 tells us that the aperture is equal to our focal length divided by 2. If we are using a 50 mm lens at f/2, the iris diaphragm will open the aperture to a diameter of 50 mm/2, or 25 mm. From this, we can calculate the area of the aperture opening: 490.9 mm^2.

Now, if we want to decrease the amount of light coming in by one stop, we would need to halve the area of our aperture. That makes the opening 245.45 mm^2. Retracing our steps, we can then find the diameter of our new aperture: 17.7 mm. To find the new f-number, we take our focal length, 50 mm, and divide by the new diameter. This gives us 2.8, the next number on the standard exposure scale.

How adjusting the aperture affects your image

A larger opening means more light will be able to move through the lens to the camera’s sensor. This means the image will be brighter, but that is not the only impact aperture size has on your image.

The aperture range of a lens determines what focus and exposure effects are possible. However, there is another factor to consider when comparing different lenses. That is iris blade count. This may not seem important, but blade count does influence how defocused points of light — also known as bokeh — appear in your image. Depending on the type of shots you hope to capture, bokeh shape may influence which lens you add to your kit.

Most lenses use between five and eleven blades in their iris construction. However, you’ll sometimes find vintage and higher-end lenses with higher blade counts. More blades mean that the aperture opening will be smoother and closer to a perfect circle. Fewer blades, on the other hand, produce a more angular polygonal shape. Thus, iris diaphragm mechanisms that use more blades are often considered more desirable since they offer a rounder, smoother bokeh shape.

Your camera’s iris diaphragm and you

Of course, you can shoot great video without knowing anything about the iris diaphragm or its function. However, this knowledge does give you an appreciation for the mechanical feats and optical phenomena that make image capture possible. After all, we have the iris diaphragm to thank for our adjustable apertures and the creative control these mechanisms offer. 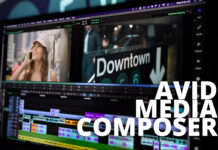