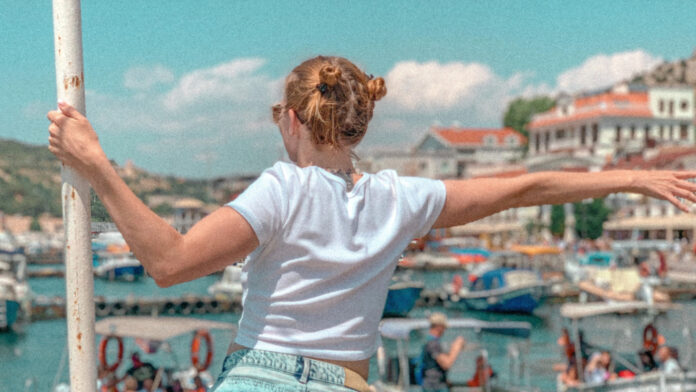 We work in exciting times; we stand at the confluence of evolution from analog to digital images. In the current moment, we enjoy the benefits of the old paradigm combined with the new combinations and permutations. Sometimes, properties from the photochemical regime appear transcendent. Their characteristics remain eerily familiar, all the while persisting and transforming into the digital realm. One such characteristic is film grain. But what is it? To answer this question, we must first review our understanding of the photochemical process involving emulsions. We also need to look at development schemes and the unique features of film as a recording medium.

Film grain or granularity is the observable presence of texture inherent in a processed photographic image. It can be attributed to the structure of the emulsion. A film print consists of small particles of a metallic silver halide. Upon exposure, light photons bombard and transform these particles to create a photograph. Film grain is a function of such particles. It varies in appearance due to grain size, fluctuations in exposure or manipulation in the chemical development process. If we understand the trade-offs, we can decide how to exploit or reduce grain.

The extent to which grain is perceptible depends on the film stock used to record the image, the exposure settings and the development process employed. It is most noticeable in a projection or enlarged photograph. The presence of grain can be objectionable or may offer a pleasing aesthetic based on subject matter or shooting style. You must decide how to treat it.

How does it all work?

A photosensitive emulsion consists of several layers of gelatin substrate that adhere to a structural base. The gelatin layers contain “grains” of silver halide applied in random suspension. The sensitivity of the film to light depends on the amount of silver halide present in the substrate. The emulsion and base acetate turn semi-transparent through the development process. During this process, the silver is converted and hardened to produce the reverse image on the acetate. This creates the “negative.”

Since photosensitive emulsion is applied to the base by coating in layers, the presence of grains appears random in their distribution. The result is the appearance of “clumping” or “blocking” of grains at various points in a photograph. When enlarged, these characteristics take on a “gritty” quality.

Exposure in relationship to grain

The nature of the exposure settings calculated for a given image affects the graininess of the image. Since film grains are light-sensitive, exposure is all about the amount of light that hits the film stock via the lens aperture. By this metric, silver halides can become “over-exposed” or “under-exposed” based on the rate of transformation via photon exposure. Once developed, silver grains exposed to enough light to convert from halide to fluoride become a part of the final negative image.

The development process washes away grains that did not receive adequate light for transformation. This leaves behind “gaps” where the grains once were present in the emulsion. It is the perception of these gaps that we refer to as the graininess of the image.

Sensitivity to light in either a film stock or a digital sensor can directly affect image graininess. Film stocks that demonstrate a low sensitivity to light possess a higher silver halide content in their emulsion. The more grains present in the emulsion, the greater the necessity for light — therefore, longer exposures at wider f-stops. Conversely, the more sensitive a film stock is to light, the less grain distribution is present in the emulsion. Less grain means less light and time duration required for exposure. Therefore higher ISO films offer quicker shutter speeds and smaller f-stops by proportion. The trade-offs become clear based on the subject matter and aesthetic preferences.

Furthermore, the development process for film can have a direct effect on the apparent graininess of an image. Just as designated ISO has a correlation to grain, when we alter the ISO of a film stock through chemical manipulation, exaggerated grain is often the consequence. For instance, if a film stock is rated for ISO 400, but we reassign that value to a higher one and consequently expose per this higher value (say 800 ISO), it results in pronounced grain. This is because of the enhanced development required for the new ISO. The film must stay in the developer bath for an extended period of time, during which silver halides react by blocking up in overdeveloped clumps. We call this “push processing.” It typically results in more image contrast and more image graininess.

Evolution of grain in digital images

Lastly, it is necessary to discuss how graininess has transcended the photochemical medium of film and remained a visual component of digital images and video content. As in film stocks, digital images reflect texture as a relationship of pixels to silver halide grains and the correlation of exposure to ISO and signal noise.

As we have learned in recent years, photosites consist of pixels, each sensitive to red, blue and green in Bayer mosaic patterns. These photosites are light-sensitive, just like film grains. They record image data in the presence of photons in adequate proportion to exposure times — or frames per second.

When a sensor has had adequate time and light to produce an image of desired brightness, we say the resulting frame is free of signal noise. However, when a digital image has not had adequate time and photons to produce a bright well-balanced image, the lack of data at the pixel level can be recorded as black values or as randomly assigned color values of R, G or B. The result is either an image file with a black “graininess” or colored noise. The noise floor of a sensor is the minimum amount of signal necessary to produce a noise-free image. In terms of the IRE scale used on most waveform monitors, good exposures generally reside above 20 IRE for shadow detail but below 95 IRE for highlight detail — with flesh tones preferred between 43 to 73 IRE, respectively.

Noise correlates to ISO and proper exposure, as seen above. Therefore, manufacturers recommend that the image be created using that sensor’s specific native ISO. In other words, the best results occur when using the recommended native ISO. Native ISO for a given camera sensor is often found in the respective user manual.

Furthermore, unlike the grain characteristics of photographic emulsion, digital sensors do not possess similar random patterns in their noise characteristics. This is because of the structural positioning of pixels on an image sensor surface. Outside the seemingly dissimilar pattern of RGB bins present in a Bayer mosaic filter, digital noise can occur with more regularity due to the linear arrangement of the photosites on the sensor.

In a layered color sensor, light passes through different substrates, each sensitive to the red, blue and green wavelengths. When a sensor employs a Bayer mosaic filter, color data is only processed with one color per pixel or bin. The other color values are an interpolation on the part of the processor. Therefore, when inadequate color data is recorded, the processor can commit errors in interpolation. This results in the apparent colored noise discussed.

During the current paradigm shift from analog to digital, we often must synthesize how aspects of our images are changing. Film grain, or noise in the digital era, is at once a feature and a flaw, depending on the desired image. With a better understanding of the technical mechanism behind film grain, we can appreciate and manipulate the phenomenon to our advantage.