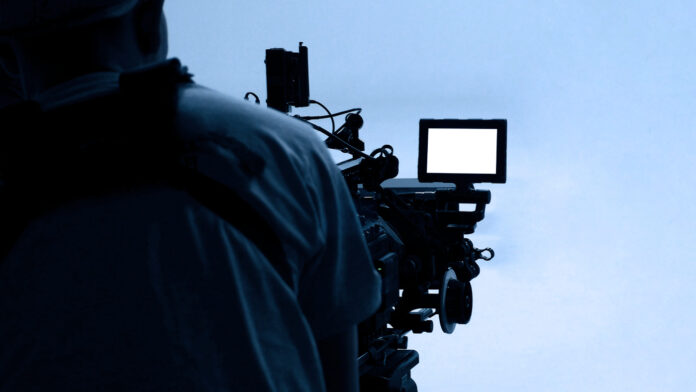 The master shot has been an important part of film production. In fact, the first few narrative films were made mostly from a series of master shots. At the time, those films consisted of a locked-off camera filming without any panning or tilting. In other words, there was no “film language” to speak of. Obviously, cinema has evolved since then. The film industry evolved and established a production protocol in which every scene was filmed from various angles, depending on the scene’s length, number of characters and actions.

A master shot is a continuous take of an entire scene, from beginning to end, from a camera angle that shows the main elements involved. The master show will show the entire set and all of its characters at the same time.

How and when is the master shot used in production?

You’re probably familiar with some of the most common shots used in film: the close-up, the medium shot, the American shot and so on. These shots describe the size of the frame itself. Although the word “master shot” doesn’t necessarily describe the size of the frame. Rather, its purpose in the context of storytelling. It is typically an all-seeing wide shot because it requires that the entirety of the set, including all characters involved, be contained in it.

Here’s the sequence of events in a typical narrative production:

During the first step, it’s almost always recorded with a master shot. There are three reasons for this:

Run through a scene

By using a master shot, directors can evaluate whether the scene “works” as a narrative unit. It’s at this point they can make minor adjustments, like suggesting changes to an actor’s performance.

The second reason has to do with lighting. Ultimately, it’s more efficient to establish the lighting for the whole scene first before moving into progressively closer shots, as closer shots typically only require a few tweaks. Master shots allow production to see what needs to be changed about the lighting before getting into the nitty-gritty.

Lastly, master shots allow the production to map out the geography of the scene and the actions along with their sequence. Every subsequent camera setup will have to refer to that first sequence, and there will be fewer chances of having a continuity mistake.

Importance of the master shot in post-production

The master shot acts as a template for the whole scene: its length, tone, lighting and even its sound. If an editor discovers an issue, such as a gap in an actor’s performance or the focus is too soft in one of the close-ups, they can swap in cuts from the master shot. In many ways, the master shot can be a “safety” shot that can be intercut during the scene, covering the offending issue.

As you may have noticed, most scenes in films start with a master shot to establish a location. It then quickly cuts to a medium shot or a close-up, with dialogue and action proceeding.

However, this deprives editors of the benefit of having a useful safety shot in case there are any unforeseen problems with other camera setups. Additionally, running through the whole scene at least once or twice helps the actors “warm up” and feel comfortable on set. It’s not easy to establish a rhythm by going through bits and pieces of a scene. They may improvise an action or an exchange that would make the scene better, which is unlikely to happen if they’re only covering parts of the scene.

The master shot vs. the long take

Even though we’ve described the master shot as a wide, long shot that covers a scene in its entirety, the size or length of the shot isn’t what makes it a master shot, but, rather, the fact that it’s only one of several setups which make up the scene. It complements the rest of the shots.

There is, though, a similar shot called the long take, also called the sequence shot. It’s a single take that plays through part of a scene, or the entirety of a scene, whose goal is to reveal all the relevant action in one continuous shot. In other words, it tells the story of that scene in a single shot.

There are some famous examples of long takes: Alfred Hitchcock’s “Rope” (1948) is actually a feature film told in one single take. Though, in reality, since 35 mm film rolls can only film for about ten minutes, the film is actually comprised of eleven takes.

An often cited example of a long take is the three-minute opening shot of Orson Welles’ “Touch of Evil” (1958), which introduces the location and the main characters, and presents the inciting incident, urging the audience to keep watching and, hopefully, learn how the story ends.

As a director, you should consider the master shot an essential tool on set, both to help you judge and manage the actors’ performances and as a “safety net” that will help you avoid costly reshoots. Whether or not you should shoot a master shot for your production will be up to you. We recommend, if you can, why not? Not only will it act as a great reference when reviewing performances, but it will also make your editor’s life much easier. It might even save your project in post-production. Though, to shoot a master shot, you will need an extra camera and a way to make sure the camera captures all of the action.

However, remember that you don’t necessarily need to shoot a master shot to make a great video. However, it can certainly help you make a great video. So, if you can, you should go for it and shoot one. If you can’t, keep this knowledge in the back of your mind until you’re working on a project you can.