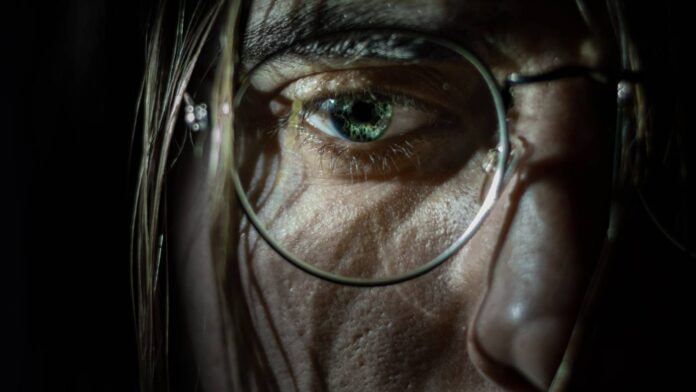 The most important job a filmmaker has is to establish empathy. Even with technical and budgetary constraints, the audience will most likely overlook those setbacks if they can empathize with the characters on-screen. One of the single greatest tools filmmakers can use to establish empathy is the close-up shot.

In this article, we will go over what a close-up shot is. We’ll also cover the various uses it has in film and provide a few classic examples. Additionally, we’ll discuss setting up your close-up shots and when you should include them in your final cut.

What is a close-up shot?

A close-up is a tightly framed shot of a character’s face that shows important details and the character’s reaction to whatever is happening in the scene. A properly executed close-up will establish an emotional connection between the character and the audience.

Filmmakers use close-up shots to show detail that other shots like establishing, long, or medium shots might not show.

Close-ups communicate to the audience that they should pay close attention to what’s on the screen. An extreme close-up shot, also known as a detail shot, helps the viewer focus on one particular area of the character. For instance, it can be the blood coming out of a character’s nose after finishing a fight. Or, it can highlight a bruise or cut on someone’s body, giving the audience a clue to an essential detail to the film’s story.

Additionally, extreme close-up shots can add an air of mystery to the plot. It can also misdirect the audience, forcing them to focus on a red herring.

Close-ups can also increase the intensity of a scene. It’s similar to when two people are arguing, and they get right into each other’s faces. The audience has no choice but to feel the heat of the interaction.

In Sergio Leone’s ‘The Good, the Bad and the Ugly (1966), we’re drawn into the intensity of the standoff between three marksmen. The intensity grows as the sequence cuts between the men with their hands hovering over their guns. The scene wouldn’t be as nearly as intense without the close-ups.

How the close-up came to be

In the early days of performance art, most plays followed a three- to five-act structure. The primary way actors showed emotion was with their bodies. These artisans got the audience invested through physical expression, whether it be thrusting their bodies in a heated sword duel or sobbing in horror at the death of a loved one.

With the advent of television and film, a new tool became available to productions and actors to express emotion. The invention of the camera gave life to the close-up.

Face expression, like an intense stare or more nuanced gestures like a smirk, often packs more emotion in a single frame than several words of dialogue do. That’s why every filmmaker you talk to will say it’s better to show than tell.

How to shoot a close-up shot

What gear should you use?

When shooting a close-up, you need to use the right lens. Typically, filmmakers shoot close-up shots with a 50mm to 100mm lens. You want to have a lens that can get close and personal with your subject without losing image quality. If you would like some guidance on picking lenses, you can always check out our lens buyer’s guide.

When framing a close-up, you can put your camera at, above or below eye level. Each option will create a significantly different emotional impact. For example, if you’re cutting between two characters at eye level, this visually communicates equality. It likely will communicate the characters are seeing eye to eye.

If you shoot the same scene with a close-up of a character looking up to another character, this will convey an imbalance of power. The character on the ground will inherently look much less powerful than the one standing above the character.

It’s essential to be conscious of these choices when setting up your close-ups. With the right framing, you will maximize the emotional impact of your story.

When should you use a close-up in a scene?

This call and response pattern continues throughout the story. As the stakes rise, an important question you must ask yourself as a filmmaker is when to use a close-up. Too many misplaced close-ups can distract from the narrative. So, it’s essential to use your close-up shots at the right time and moment.

Most of the time, filmmakers will not start a new scene with an extreme close-up of a character. It’s too jarring for the audience and can be more of a distraction than a tool to convey emotion.

Convey important information before going for the close-up

Usually, you need to relay a few pieces of information to your audience before you go in for the close-up. First, you need to give context, like the scene’s place, time, and included characters. A wide or establishing shots are great for getting this information across. Once you establish these elements, you can start sprinkling in tighter shots of characters.

This traditional method of storytelling stands the test of time because the mark of a good story builds off the rhythm of call and response — or order and chaos. As we lay the building blocks of the narrative, we release certain bits of information about the story to the audience. Once we place those building blocks, we should then show the character’s reaction.

If your close-up shots are irrelevant to the scene, it will take away from the narrative’s emotional impact. Refer to your script to determine if the shot is vital to include. Ask yourself if the scene needs the close-up to further the emotional narrative. If you already have a shot that establishes the emotion you want to convey, it may be best to cut the close-up.

Use a close-up when the time is right

The close-up shot is a powerful tool every filmmaker should use. They can help establish an emotional connection between your audience and your characters. They can also move the story forward by showing key narrative details or misdirecting the audience.

There are many different types of close-up shots you can use. Some can be extremely close. Others can be below or below the eye line of the character. Depending on the type of close-up you use will affect the emotion of the narrative. Also, where you choose to place that shot in the scene’s shot sequence can significantly affect the narrative and flow of your film.

So, the next time you have the chance, try shooting a few close-ups and see how you can communicate the emotions of the character, rather than telling the audience with dialogue. It will draw your audience in and make them actively engage in interpreting the character’s expression.