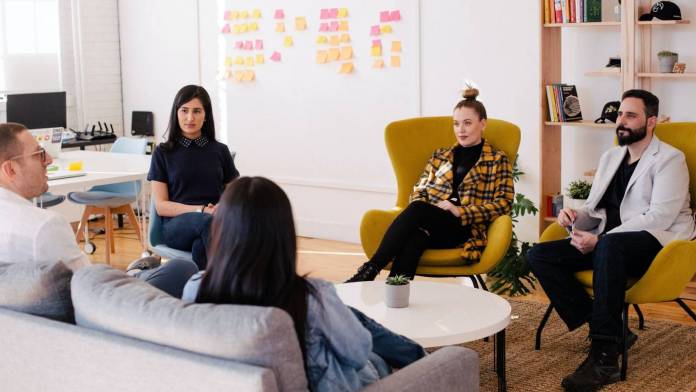 The film industry is one of the most competitive industries out there. If you want to sell your movie idea, you need to know how to write your film pitch in a way that’ll leave a lasting impact on the listener.

What is a film pitch exactly? It’s a phrase used to describe that act of selling your script or story idea. It generally involves describing your movie’s theme and plot to a listener. Some can be done in under a minute (referred to as elevator pitches) and others can last up to 20-minutes. It really depends on your audience and the setting you’re in. A company hearing your pitch for the first time might just want a minute description, while potential cast and crew might want a longer pitch so they can decide if they want to work on the project. Regardless, in both situations, you need to know how to present your screenplay in a way that will excite your target listener.

Film pitches should excite the listeners

The main objective when pitching an idea is to tap into the emotions of the listener, in turn causing them to feel excited about pursuing the idea. The pitch should affect them in one way or another. Just take for example the logline for the film Reservoir Dogs:

“After a simple jewelry heist goes terribly wrong, the surviving criminals begin to suspect that one of them is a police informant.”

After reading the logline, you can feel the stakes of the film. That’s how action film pitches should be written. Listeners are left wondering what is going to happen when the criminals start suspecting one of their own is a police informant. Just by the logline, you feel the mystery and tension in the plot.

Here is another example from I am Legend:

“The last man on Earth is not alone.”

In just a few short words, the listener can picture the story. We know that civilization has crumbled and humanity is at its end. We can also guess the genre of the film and what kind of struggles the protagonist will have to face.

When it comes down to it though, some scripts are easier to sell than others. Big action blockbusters can lead with a single sentence tagline. Slow-burner films require longer explanations to really grab people. These kinds of films might need a little more information to really excite your audience. It just comes down to how you craft your pitch, how you present it, and who you’re presenting to. Regardless, try your best to keep loglines as short as possible.

How to write a pitch

Establish the genre right away: this creates context. Even if your film doesn’t fit into a specific box, you’ll make it much simpler for movie executives to understand where your film is coming from if they can imagine films in the same genre. However, it’s very important that you don’t compare your film to specific movies. It will make it sound like you’re stealing ideas from the movies you mention instead of you coming up with your own original ideas.

Only focus on what is important

When it comes to pitches, you want to trim all the fat and keep the meat of your pitch lean. Talk about the struggle between the protagonist and antagonist. Hone in on the struggles that both will have to endure. Focus on inciting incidents, calls to action, big events, and the Act 1 turning point.

When it comes to revealing the ending, it’s up to you. Some writers like to let the listeners know where the movie is going to end up. Some like to leave it on a cliffhanger, making the listeners hungry to hear more. Both approaches work. Just make sure to not tell your entire story. You only get a few minutes of time. Give plot points and important details. In the end, you need to excite your listener and allow them to understand what your story is about — not come off as sales-y.

If you can’t write the pitch, consider revising the script

How to prepare to present your pitch

It’s very important to come to a pitch prepared. However, it’s just as important to not come off as too rehearsed. All of the excitement in the room will be sucks up if your pitch comes off as robotic. You have to find a good balance of preparedness and looseness.

Look into the person or group your pitching to if you can. Know at least the basics about the company you’re pitching to. Research what they’ve funded and produced and who the most important people in the business are. This will help you answer any questions they might have, like why your film is a good fit for their company. By knowing what they’ve done in the past and their current business goals, you can give a solid answer.

You should practice your pitch numerous times before meeting anyone. Practice with a timer, so you can get the timing right. To better understand what you need to improve, you can record yourself and review the footage. You can also present in front of family or friends and ask for their feedback. Consider even pitching to strangers. This way you’ll be ready to pitch your ideas anywhere, any time to anyone.

Even the best film pitches are turned down. Don’t get discouraged if someone declines to work on your project. There are lots of reasons someone might not like your pitch. It could all just come down to their current goals or personal taste. Only consider revising your pitch and/or script when you have pitched in front of numerous people and companies and get their feedback. Write your film pitches to excite and cover only what is needed. And as always, keep moving forward with confidence and passion for your craft.