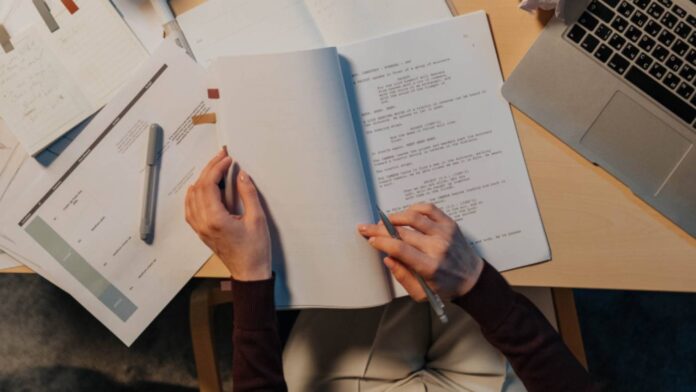 To get something you want, you have to go for it. Waiting for it to happen just isn’t how things get done in the entertainment industry. One way for writers way to break in is to write a spec script.

The term spec script is short for “speculative screenplay.” It is a script that the writer was not initially hired to create. Why would someone do this? Well, the writer writes the script in hopes of selling it to a producer, production company or studio. Sometimes, the writer creates the script just to prove that this is something they can do. Sometimes they do it so the script can get made into a film. Let’s look at how writing a spec could lead to being hired as a writer for other work.

Why write a spec script?

Say you want to write for television. Creating an entire series is a lot of work. You may not want to be a showrunner and start a series from scratch. Alternatively, you can join a team of other writers. You can take a show that exists — with an established setting, plot and cast of characters — and write an episode. This is a much easier route because the characters and their history are already there. The tone and feel of the show are there as well. Once you complete the script, you can send it over to the showrunner or whoever manages the hiring process. Submitting this script lets the showrunner or hirer know they can confidently place you in the writers’ room or commission you in the future. It also shows the showrunner that you understand how to work within their guidelines.

You can use your spec script to start your career

Even if you write a spec script for a specific show, you may even get hired for a completely different show if the original one doesn’t pan out. A well-written spec script will show you understand the art form and process. That was the case for Donald Glover. He sent writing samples and a spec script he’d written for “The Simpsons” (1989 – present) to producer David Miner. Miner and Tina Fey were impressed and hired him to write for the NBC sitcom “30-Rock” (2006 – 2013). Many consider this Donald Glover’s jumping-off point for his writing and acting career.

In my own experience — as the writer of this article — I took a class on writing for television. One of the assignments was to write a spec script for the show of your choice. The selections ranged from cartoons to tv dramas. I chose the Nickelodeon cartoon “Fairly Odd Parents” (2001–2017). The teacher and class analyzed people’s scripts. We quickly learned it isn’t as easy as it seems. However, it’s possible. We really had to know and understand the show you’re writing for. For instance, a show like “Law and Order” has a specific template to its episodes — one that’s been working for decades. The audience resonates with the show’s flow and expects it not to deviate from it. If you’re writing a spec script for “Law and Order” (1990 – present), it’s very obvious if something’s missing from the show’s template, like the show’s iconic music cue between scenes.

We took a look at how spec scripts can get you in the writing room for TV, but now let’s take a look at other types of spec scripts.

Of course, specs aren’t just for television shows. Some of the biggest movies of all time started as spec scripts. If a writer with no history behind their name has an idea for a film, it can be incredibly difficult to get someone to hire them to write the movie. So, a writer will usually write the film’s script on their own time. Once completing the script, the writer sends it out to producers and studios, hoping to get it optioned.

When a producer or studio options a script, they pay for its rights for a limited time to get the script officially written. After that time frame, they may extend the time they hold rights by paying more. Alternatively, the writer can go elsewhere in hopes of getting their script made into a film there.

When film and television screenwriter Callie Khouri worked as a music video producer, she got into writing film scripts.

Callie Khouri was a music video producer. When she started thinking about what was next for her, she got into writing.

“At first, I had no desire to write screenplays,” Khouri says in a blog post. “I kind of wished I had because I was reaching the end of my time producing music videos. I was struggling so hard to figure out what it was that I was supposed to be doing. I kept thinking I’m supposed to be doing something creative.” She continues, “I felt I had not found my true path. And then a series of events occurred that led me to the point where I didn’t have anything to lose if I wrote a screenplay.”

An idea came to Khouri about two women going on a crime spree. That led to her coming up with the basis of “Thelma & Louise” (1991). She ended up selling the script to Metro-Goldwyn-Mayer for $500,0000. “Thelma and Louise” went on to win the 1992 Academy Award for Best Original Screenplay.

Of course, not every spec sells for that much, but it goes to show you how far you can go by investing in yourself and creating the work beforehand.

When the studio or producer wants a script written for them, they commission a writer to write the script. Typically, they hire a writer they reasonably trust because they are investing time and money.

Like any job, when someone hires you in the middle of a project, you likely need to review many notes and inputs. However, you have more freedom to create what you want with spec scripts. Though, keep in mind that once you sell the script, rewrites can happen depending on the contract terms.

Put your ideas to paper

A spec script doesn’t have the production details like camera movements. It’s mainly there to tell the story and get everybody on board. So many people have ideas. We bet you if you asked your family or friends if they have an idea for a movie, they’d say they have one. Whether it’s good or not is another story, but having something tangible — like an actual script — is much more valuable.

Spec scripts show the writer’s commitment. It also eliminates the work of a producer trying to follow the story. It’s all laid out right there. It’s something they can send to actors to get them on board, and it gives them a starting point to make adjustments. These things aren’t possible if they live solely in the writer’s head. So, if you have an idea and want to make it into a movie, or want to prove that you can write and need a sample, creating a spec script may be the way to go. If you want to learn how you can start writing a script, read our guide on writing a script. 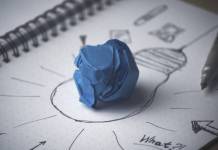