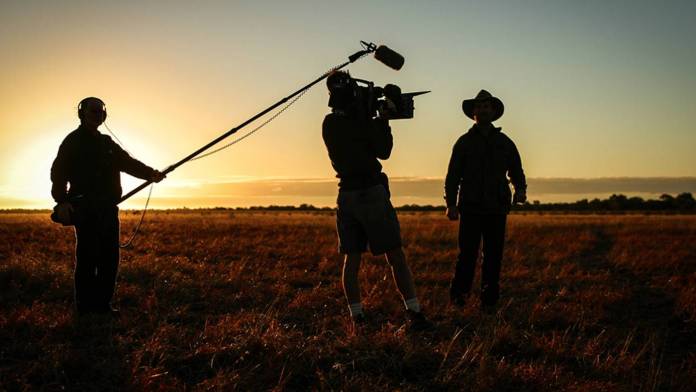 Writing low budget movie scripts is one of the harder forms of screenwriting. However, it’s also one of the most rewarding. It forces screenplay writers to figure out what is and isn’t possible.

It’s a great challenge, but it greatly improves the skill of the screenwriter because they become better versed in figuring out what’s realistic and what can be achieved with no budget. It also puts the story at the forefront of a project. Ultimately, no-low budget screenplays are challenging, but oftentimes you learn the most from great struggles. Some productions choose to do a no-low budget film, but oftentimes they’re done because the project simply doesn’t have the funds to make a huge, expensive film.

No-budget scripts must be written differently than a comfortably budgeted film. Their writers don’t have the opportunities and luxuries to craft the film around their script. They must craft their script around what they have available to them. There are a few rules that these screenwriters must follow if they’re going to make a successful no-low budget film. Let’s go over what those rules are:

Keep the number of characters to a minimum

It’s ultimately best to keep characters to a minimum and spend the production time developing them and their story arc. If you can, don’t include characters that just say one or two lines that aren’t pivotal to the plot. Having just a few characters, like two, saves you time, production costs, and it allows you to better focus on crafting a good narrative and further developing the characters in the story.

Keep the locations to a minimum as well

Similar to the number of characters you have in your script, the more locations you have will cost you more. Many major production companies like to produce contained thrillers because they are cheaper to make. There are only a few locations they have to shoot at. When writing a no-low budget script, you should write as few locations as possible. If everything can happen in one house or even one room, you will cut production costs then having to travel to numerous locations,

Write with your equipment in mind

In low budget movie screenplays, you need to know what equipment you and your crew will have access to. For instance, if you own a camera drone, you can write in a few aerial pan shots. Also, you will need to tailor the screenplay to the equipment you don’t have access to. For instance, the Blair Witch Project only had one camera the entire film, but the script was written with that in mind. The scares in the film are highlighted by the fact that there’s only one camera and the viewer can see everything. If you have only one camera, it may not be realistic to get a tone of varied angles of a scene. However, see this as an opportunity to come up with unique solutions.

Try to keep it modern

Period pieces also typically cost more than modern set films. The reason why is because most of the sets, costumes, and locations aren’t readily available for production crews to use. Modern pieces work easier for no-low budget productions because everything you don’t need to go the extra step to make the time period feel authentic. The same would apply for a more futuristic time period. You would have to invest more to sell the idea the time period your shooting in is far in the future.

It’s best to write a screenplay for modern stories when you’re crafting no-low budget screenplays. You will be more able to focus on the plot and characters. You will also be able to spend your available capital on other aspects of your film if you have a budget. If you don’t have a budget, it’s even more critical to write for a modern time period. You will only have access to what you have available.

Think of the weather when writing

You might want to shoot your low budget horror movie during a rainstorm. However, if you’re only available to shoot in summer months, that likely isn’t going to be an option for you. A lot of times with no-low budget films, they are at the mercy of mother nature. Major projections can shoot in studios can simulate their own weather

Plan when you’re going to shoot and keep the typical weather patterns of the locations you’re going to shoot at in mind. You have to be realistic when writing your screenplays. If you write a snow scene into your script while planning on shooting in Georgia during the summer, it’s likely you won’t be seeing snow.

Include simple stunts or no stunts at all

Stunts take a lot of time and money to get the right. If the stunts are really extreme, you would have to hire a stunt performer to prevent your lead actor from getting hurt. The best way to approach stunts if they’re necessary to your script is to keep them simple. Write stunts that your main actors can do themselves, like running or jumping. This won’t put much risk on your actors and won’t require you to hire a stunt performer when the time comes to shoot.

Keep things minimal of focus on the story

If there’s one thing you can learn from no-low budget films, money doesn’t necessarily make a film good. You can shoot a great low budget movie without having to spend lost of money. If you write your screenplay with everything you already have in mind, you can shoot the entire film without having to purchase props and costumes. It’s also great if you can get family or friends to help you out. If they’re willing, they might help you out for free. Also, know locations you can shoot at before you get deep into your film. Simplicity is key when writing a no-low budget film. Keep things simple and focus on developing your characters and their story arcs.